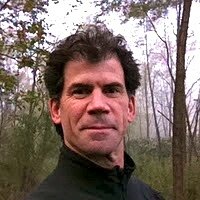 David Dobbs is the author of My Mother’s Lover, an Atavist story that became a Top 20 Kindle and a #1 best-selling Kindle Single, and of books describing vicious fights over trees, fish, and Darwin’s reefs. Oliver Sacks Reef Madness, his tale of Darwin’s reefs “brilliantly written, almost unbearable poignant.”

His features and essays for National Geographic, The New York Times, The NYT Book Review, Slate, Pacific Standard and other publications regularly win awards and spots in annual “Best of” anthologies. “The Social Life of Genes,” for instance, his Sept 2013 Pacific Standard cover story, was chosen by editor Deborah Blum for the The Best American Science and Nature Writing 2014; it also won the 2014 AAAS/Kavli Prize for Magazine Writing. He is currently working on projects about blindness, madness, transplants, autopsies, and how we get lost and found.

He lives in Vermont, with frequent trips to New York, London, DC, and other points distant. You can find some selected work here. You may also take pleasure or waste time perusing his Twitter, Tumblr, or Instagram.