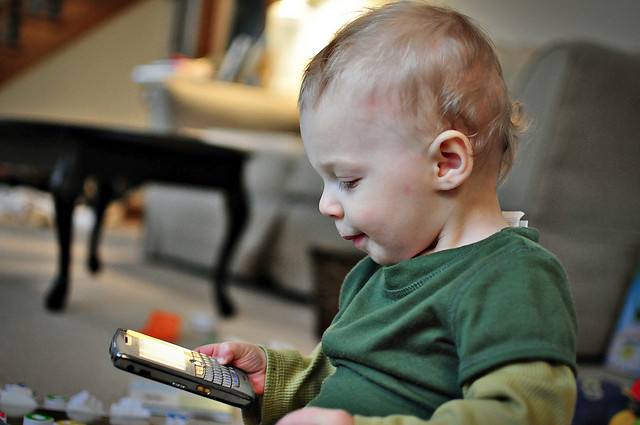 Alexis Madrigal, over at AtlanticTech, favors the latter answer:

Another day, another New York Times story about technology addiction. It’s almost like they are trying to win a Pulitzer Prize or something by pandering to the preformed opinions of journalists like themselves about the evils of modern communication.

The problem, Madrigal notes, is that our work culture, rather than the devices, that provide much of the propulsion behind our compulsion:

I’ve got no problem with trying to figure out how devices or social networks should fit into one’s life, or even in recognizing that some of them have addictive feedback mechanisms as features, not bugs. But for crying out loud, some of these New York Times gadget addiction pieces need to recognize the role that The Great Speedup in the American workplace plays in keeping people tethered to their devices….

To elide that one of the reasons we spend so many hours in front of our screens is that we have to misses the key point about our relationship with modern technology. The upper middle class (i.e. the NYT reader) is WORKING MORE HOURS and having to stay more connected TO WORK than ever before. This is a problem with the way we approach labor, not our devices. Our devices enabled employers to make their employees work 24/7, but it is our strange American political and cultural systems that have allowed them to do so.

I found this so during my year in London, which ended, alas, a year ago next week. An American friend happened to move there shortly before I did, he to edit a major magazine. All his reporters and editors used smartphones. But they all took long vacations, and unlike here in the U.S., where editors and reporters tend to stay connected and caretake stories they have in the pipeline, my friend’s staff “were GONE,” he said, when they took a vacation. “They don’t leave me their numbers,” he said, “and it’s understood they won’t answer email. It’s bad form to call unless it’s a real emergency.” He rather liked this when he took his own. Though he was the top editor, he would actually go a couple days without checking email — first time in years — and would leave the phone on a table in his hotel room or cottage instead of toting it around.

Another editor I talked to there, a Brit fairly high up at a major UK popular magazine, had spent a decade as an editor at glossy mags in NY, doing quite well, but moved back to Britain, he said, “so I could have some hope of spending time with my family. I supposedly got vacation in New York, but it was considered poor form to actually take it. I’d get this look. I got tired of my time with my family consisting of waving to them as they went off to board a plane or a train.”

It’s the nature of culture that we’re not aware of how saturating its influence is. (A point I tried to make yesterday in another context.) But it matters — and I think Americans in particular, both blessed and cursed with a big-country isolation that grants security but encourages insularity, are apt to miss it.

Get  the whole Alexis mojo at Are We Addicted to Gadgets or Indentured to Work?

Photo by bengrey, by permission,