Wish I could do some really fast travel to get to this:

Matthiessen fans — or just fans of writing, or of the fine-writing novelist and essayist Howard Norman — will enjoy the Paris Review interview Norman did of Matthiessen a few years back. For example:

And when did you start your first novel?

Almost at once. It was situated on an island off the New England coast. I had scarcely begun when I realized that what I had here at the very least was the Great American Novel. I sent off the first 150 pages to Bernice and hung around the post office for the next two weeks. At last an answer came. It read as follows: “Dear Peter, James Fenimore Cooper wrote this 150 years ago, only he wrote it better, Yours, Bernice.” 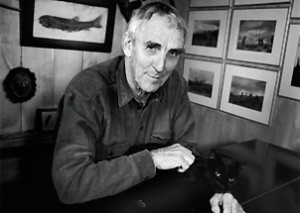 It’s an interesting collision, Norman and Matthiessen. I think Matthiessen, despite his grace and immense intelligence, can be fairly accused of a certain arrogance, and it comes across here at times; I say this never having met him, but having heard and read much about him. At one point in the interview, for instance, he claims that no writers have influenced his work, something that’s essentially impossible.

Norman, meanwhile, I do know a bit, as he summers near my home in Vermont, and we’ve visited there some, since we both love many of the same writers and have both written about the culture(s) of the far north (he further north than I); he is quite unassuming and humble and generous and decidedly not arrogant, despite being a highly accomplished and splendid, luminous writer. 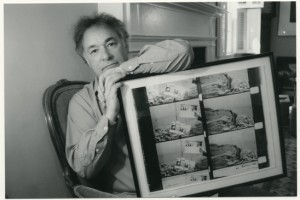 His “The Bird Artist has one of the most arresting first paragraphs I’ve ever read and is of the best novels I’ve ever read — a magnificent, luminous piece of work. Somewhere in my brain are Bird-Artist-specific synaptic and myelin structures built in the beautiful couple of days that I read that book; I can remember exactly where I was sitting when I read that first paragraph, and shouting. It’s an enriching, engrossing, and an “easy” read; grab it, you won’t regret it.

This interview is decidedly Matthiessen’s. Yet Norman’s unique combination of strength, subtly, economy, and directness come across in his brief questions. I like his first: “Define yourself.” It’s a nice read.