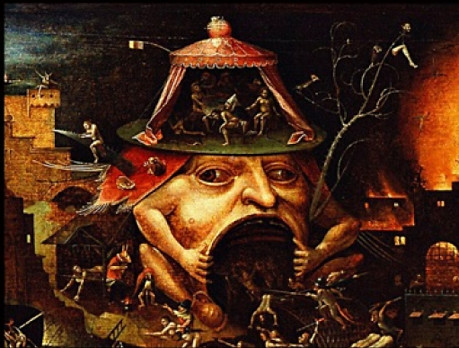 When Jessica Palmer gave a talk at the “Unruly Democracy” conference last month, she gave what appears, from her after-the-fact blog post excerpted here, to have been a semi-contrarian take on blogospheric civiility:

What I did endeavor to convey in my brief talk was the difficulty of blogging on interdisciplinary borders, where science meets art and the humanities. My big concern? While individual blogs often have communities who are internally civil and share norms and history, when you move from blog to blog, those norms and history break down. There are no universal norms in the science blogosphere, much less the blogosphere as a whole – and that leads to a lot of misunderstandings, partisan assumptions, and conflict. Things can get “us vs. them” really fast. . . and once they do, you lost the potential to have calm conversations between communities.﻿

For instance, she writes:

Just as nature abhors a vacuum, the blogosphere abhors a neutral and nonpartisan blog. For whatever reasons, cultural or historical, participants expect partisanship. They want to know if you’re with them or against them; the dedicated communities at various blogs can be pretty defensive of their space, and sometimes stream like lemmings through the aether to attack a blogger that they perceive as threatening. It’s human nature: when our friends get attacked, we get mad. The problem is, we’re not always so good at figuring out what’s a legitimate attack – and it makes it really hard to have a calm conversation with our adversaries.

In the blogosphere, a post relating your interest in/perspective on/attention to an issue is notread so much as run through a very coarse filter, and used to lump you in a political or ideological group. Generally, readers find it easier to believe that, if you disagree with them, it’s for ideological and irrational reasons (the alternative, of course, is that you may actually have a point, and they may be wrong). Never mind that the previous week you came to a different conclusion, or offered the exact opposite perspective, in a different post: you’ve been labeled a partisan apologist for one group or another. To such people, the blogosphere is a hyperpartisan, polarized realm of friends and enemies, and a blogger who tries to skate down the middle – to be friendly to spiritualists and atheists, to Democrats and Republicans, to the sciences and the humanities – can’t succeed in achieving an air of neutrality. She’s simply going to be labeled an enemy by both sides, depending on the day of the week.