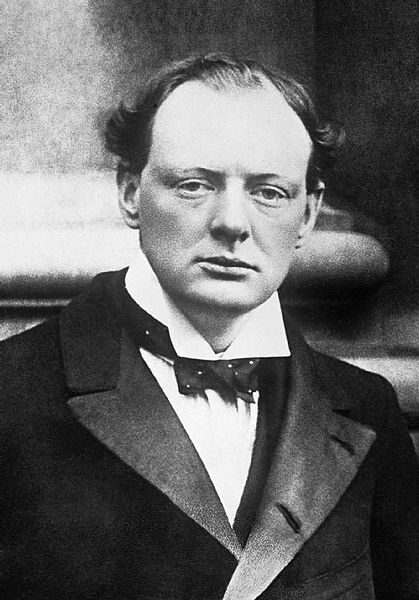 Neuroskeptic, one of the most insightful neuro-psycho-bloggers out there today, has a nice post at Discover on a Mark Brown article about whether it helps, if you’re fighting depression, to hear of famous role models who did so too. In general, Neuroskeptic shares the skepticism Brown feels about this. Where Brown asserts that

where the inspirational figure is selected for us, and the gap between their life and ours is too great, the effect is not one of encouragement but of disillusionment – especially if their story is told in terms of personal qualities like bravery or persistence.

But then Neuroskeptic goes on to say that in Churchill’s case, it helps, for Churchill was so famously tough, which counters the notion that depression means you’re weak.

With all due respect, I think Neuroskeptic is trying here to throw away the cake and eat it too.  I disagree with Brown, and with Neuroskeptic, even while agreeing with him about Churchill. I think Churchill does help, but that other examples help too — including Stephen Fry, whose example Brown and Neuroskeptic essentially dismiss, and, most notably, Abe Lincoln.

In all three cases, the sensitivity that opens the person to depression becomes a strength that lets them overcome not just it, but other obstacles. Fry taps into that sensitivity to draw on the deep empathy that helps make a great performer and comic. Churchill draws on his experience facing down depression to face down Hitler. And Lincoln, as described beautifully in Josh Shenk’s Lincoln’s Melancholy, found in his deep, long struggle with depression a depth of moral insight, character, resolve, and empathy that let him confront with resolve both his own and his country’s deepest moral and political crisis.

These are all special people, whose strengths may seem out of reach. Yet what’s reachable and teachable is that they developed these strengths not in spite of depression, but by drawing on the same sensitivity that produced the depression. They offer models not of an inaccessible state, but of an accessible process — a particular, constructive intimacy with one’s psychic sensitivity and hard experience.

See Churchill and the Stigma of Depression : Neuroskeptic