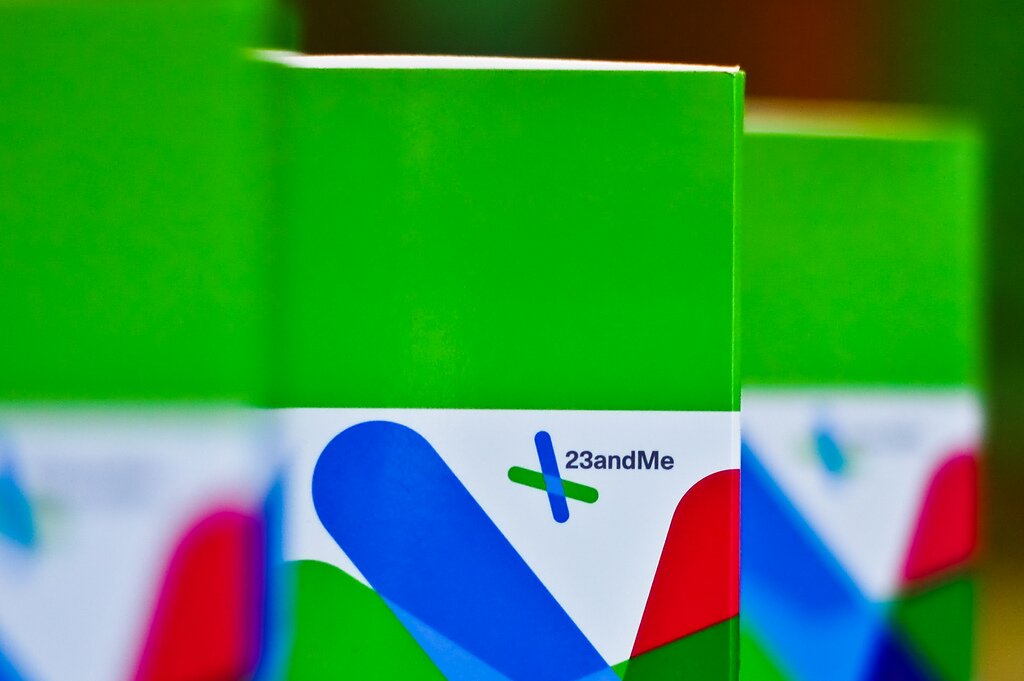 Note: If you’re here for the annotated links to other perspectives on the 23andMe/FDA dust-up, you should go instead to I Got Your 23andMe – FDA Food Fight Links Right Here, to which I’ve moved my ongoing curation on the subject. Below, however, you’ll still find first take on this dust-up, written Nov 25. My longer piece at The New Yorker, published late on Nov 27, is a more considered look.

[Nov 26, 2013] According to reports at Bloomberg, the FDA has ordered the genetic testing company 23andme to halt sales of its DNA kit because said kit is a “medical device.”

Perhaps more information will make this look sensible (Matthew Herper’s perspective, for instance, calls into question 23andme’s end of things here), but my first take is that this is a bone-headed move hostile to public health. (My second take, an hour in: Some in my Twitter feed have argued that the FDA is pushing for a needed check on 23andme’s methodology that 23andme has resisted. If this move is just a push to get 23andme to account for or strengthen its methodology, I’m for it, and will eat some of my words below. If it’s a move — one that many have feared — to lock up evidence-based direct-to-consumer genetic testing, then my objections stand).

It’s insanity to take steps that reduce the public’s knowledge and interest in medicine. This is like forbidding people how to take their pulse and blood pressure. Stethoscopes and blood-pressure cuffs are medical devices too, but I think everyone agrees it’s a good idea to let people have free access to the information they provide. A high-blood pressure might alarm someone; but if there’s no cause for alarm, a medical workup should make that clear. Direct-to-consumer genetic information can play a similar role.

I’m with Razib Khan: History will look back on this as folly:

Unfortunately this is not surprising, as this was foreshadowed years ago. And, 23andMe has been moving aggressively to emphasize its medical, as opposed to genealogical, services over the past year. But this isn’t the story of one firm. This is the story of government response to very important structural shifts occurring in the medical delivery system of the United States. The government could potentially bankrupt 23andMe, but taking a step back that would still be like the RIAA managing to take down Napster. The information is coming, and if there’s one thing that can overpower state planning it is consumer demand. Unless the US government wants to ban their citizens from receiving their own genetic data they’re just putting off the inevitable outsourcing of various interpretation services. Engagement would probably be the better long term bet, but I don’t see that happening.

The FDA says it’s “concerned about the public health consequences of inaccurate results.”  Inaccurate results will inevitably occur (here’s a story of what seems to be one particularly unfortunate such case), and findings of medical relevance should be confirmed before people act on them. But do those apparently rare errors inflict more harm than the sorts of errors our medical system makes every day? Do they inflict more harm than a lack of information about important risk genes inflict? Does any harm done outweigh the great good that people gain from having inexpensive access to lots of information about medical risk?

A person learning the status of hundreds of genes of medical interest (along with information about their ancestry) with a simple spit-test may learn much actionable information — not to mention an education about genetics —  that would otherwise depend on …  what? Expensive access to doubtless heavily marked-up genetic tests prescribed by physicians and executed by companies happy to charges hundreds of dollars per gene? We need more such information; not less. I pray this will soon be reversed.

Hat tip to Razib Khan, at The FDA and 23andMe – Gene Expression

Now the links to other perspectives:

Some followers of this mess have noted that the FDA letter ordered the company from “marketing” the test. What does that mean? Does that mean just “to expose for sale,” as in advertise? Or does that usage include selling? Some have wondered if the FDA’s foremost complaint is not the sale, but the marketing; if that’s the case, this might be a simpler mess than it appears. It’s clear from the FDA letter that much of the language there draws on the context of 4 years of conversations we’re not privy to. Much remains obscured here.

Since the lab doing the assay for that patient, however rigorous and accurate it is, was not CLIA-certified, Lyon was forbidden from sharing its results with the family. Many other medical labs are likewise constrained, at least officially.

This pertains to the support that Lyon and others have for 23andMe, for 23andMe says it uses labs that are CLIA certified — which is part of why Lyon and many doctors feel confident using some of the 23andME results as useful information about risk.

AmericanScience: A Team Blog: Science, Regulation, and the Epistemology of Big Data:

What’s at root in the disagreement here might be more than meets the eye.  Although I cannot say so with certainty, I have a strong suspicion that what the FDA is really objecting to here is the use of big data techniques in biomedicine. Traditionally, if a company wants to bring a certain pharmaceutical or medical device to market, it is expected to conduct extensive clinical trials. In so doing, there might not be an expectation that every aspect of the drug or device’s mechanism of action is fully known. However, there would at least be clinical or experimental data to support its safety and efficacy.

But these are precisely the kinds of data that big data will not produce.

AmericanScience: A Team Blog: What’s better than a holiday card? “Possibly the worst FDA letter of all time.”:

Does the agency’s most recently expressed concern over the analytic and clinical validity of PGS mark a departure from previous concerns? Not really. As FDA has made clear in the past through their correspondence with DTC firms, the worry with a medical device is that it be accurate and reliable. That is FDA’s rationale for post-premarket review. But back in 2010 Guitierrez, the head of FDA’s Office of In Vitro Diagnostics, did not want the agency to be viewed as paternalistic and said, “We really don’t have any issues with denying people information. We just want to make sure that the information they are given is correct.”1 So, now we are back to worrying about analytic validity (the reliability of the actual genetic test, meaning laboratory performance) and clinical validity (whether the genetic variant actually corresponds to the condition or trait).

And at Forbes, 23andMe: A Fumbling Gene In Its Corporate DNA?

The author is disappointed in his 23andMe results because they don’t seem to match up with reality — that is, with his health and family history. I find this interesting because it’s a great example of the dissonance between, on one hand, the probabilistic results of genetic effects  and the limited powers of any one gene, and on the other, the expectation that genes produce traits in a straightforward fashion, so that if I carry a gene raising my risk for baldness (I do) then I’ll be bald (I’m not). The writer of this post seemed to carry those expectations — which is just the sort of expectations the FDA worries will lead people to get mastectomies they don’t need. In the comments section, some people are trying to enlighten him. It’s what we might call 23andMe’s FDA problem (one of them, anyway) playing out before us.

Image by nosha, some rights reserved.