Below find #6 in my Best of Neuron Culture Moving Party — a run of 10 of my favorite posts from the blog’s tenure at WIRED, posted as I move the blog here. This piece,  originally published in May 2011. looks at the attempt one scientist makes to free his father’s papers from the calcified structures of today’s legacy scientific publishing system — a system that started as a conduit, but has become a chokepoint.

Free Science, One Paper at a Time 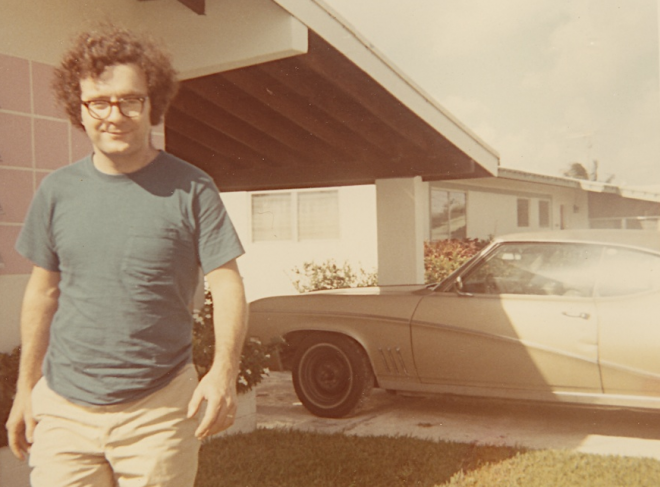 On Father’s Day three years ago, biologist Jonathan Eisen decided he’d like to republish all his father’s papers. His father, Howard Eisen, a biologist and a researcher at the National Institutes of Health, had published 40-some-odd papers by the time that he died by suicide at age 45. That had been in Febuary 1987, while Jonathan, a sophomore at college, was on the verge of discovering his own love of biology. At the time, virtually all scientific papers were just on paper. Now, of course, everything happens online, and Jonathan, who in addition to researching and teaching also serves as an editor for the open-access, online-only journal PLoS Biology, knows this well. So three years ago, Jonathan decided to reclaim his father’s papers from print limbo and make them freely available online. He wanted to make them part of the scientific record. He also wanted, he says, “to leave a more positive presence” — to ensure his father had a public legacy first and foremost as a scientist.

[Sidebar:] I researched and wrote this article last summer and fall (2010) under assignment from a magazine that accepted and paid for it but, in the way these things sometimes work, decided not to run it and gave me its blessing to publish it elsewhere. I’m publishing it here at Neuron Culture and also in an identical post at my website, daviddobbs.net. It is based on extensive reporting. I’d like to thank in particular Jonathan Eisen,, for reasons that the article will make obvious; Cameron Neylon, Peter Murray-Rust, Richard Grant, Michael Nielsen, Martin Fenner, Leslie Carr, and Lord Rees, whose ideas are fundamental to the story and its subject; Mark Patterson and Brian Mossop of PLoS; Victor Henning, Jason Hoyt, Ian Mulvany, William Gunn, and Jan Riechelt, all of Mendeley; and Melody Dye, Kristi Holmes, John Timmer, and Sara Wood, who along with Reichelt participated in a session on open science I organized at ScienceOnline 2011. I also had several conversations off-record; you know who you are — thanks.

How hard could it be? Howard Eisen had been a federal employee, so his work rightly lay in some sense in the public domain. And Jonathan, as an heir, presumably owned copyright anyway, along with his brother Michael (also a biologist, and one of the founders of the Public Library of Science, the innovative journal group that publishes PLoS Biology). Yet to the brothers’ continuing chagrin, Jonathan has found securing and publishing his father’s papers to be far harder than he expected.

For instance, even though Jonathan has access to the enormous University of California library system, which subscribes to a particularly high number of journals, he often can’t even find some his father’s papers. And when he finds a paper in a journal the university doesn’t subscribe to, he is asked to pay as much as $50 to read the paper — even though his father did the work with public funds. He’s not alone; one recent study found that even most university researchers have access to only about half the papers they need to cite for a given bit of research. Just yesterday, in fact, Jonathan asked on Twitter if anyone could send him a copy of one of his father’s paper and confronted a paywall asking for his credit card number. “I ain’t payin’,” he replied.

Meanwhile, Jonathan has found and downloaded the PDFs for about half his father’s papers, but he remains uncertain whether he could safely post them on his website. While some publishers allow such “collegial sharing,” others leave their policies unclear, and he worries about getting sued. His brother urged Jonathan to post them.

“Come on,” Michael wrote in a comment at Jonathan’s blog. “I DARE them to sue us.”

Jonathan has posted the whole list at his blog and uploaded what PDFs he could obtain, and so far he has not been sued or asked to take them down. Yet he remains wary and unsatisfied. He knows that few researchers will find his father’s papers if they reside only on his web page. So for now, his father’s work remains buried in an old structure — a calcified matrix. Though Jonathan bangs away at the surrounding rock, he knows he hasn’t really pried the work loose. This frustrates him on two fronts: It stops him from freeing his father’s work. And it confirms to him science, which should be a fluid medium, has much of its content still trapped in old structures.

“I started this partly to test how hard it would be to try to make science more available in the current system,” he says. “I’m finding that even with my father’s papers, or even with my own, it’s not very easy.”

Jonathan Eisen’s quest has solidified his conviction that science needs to radically rework the way it collects and shares its data, methods, and findings. He has plenty of company. A growing number of prominent scientists want to replace the aging journal system with something faster, cheaper, and richer. The current system, they note, grew out of meeting notes and journals published by societies in Europe over three centuries ago. Back then, quarterly or monthly volumes could accommodate the flow of ideas and data from most disciplines, and the printed journal, though it required a top-heavy, expensive printing and publishing infrastructure, was the most efficient way to share those ideas.

“But now,” says Jonathan Eisen, “there’s this thing called the Internet. It changes not just how things can be done but how they should be done.”

As Stanford biochemist and PLoS co-founder Patrick Brown put it a few years ago, “What seemed an impossible ideal in 1836, when Antonio Panizzi, librarian of the British Museum, wrote, ‘I want a poor student to have the same means of indulging his learned curiosity, … of consulting the same authorities, … as the richest man in the kingdoms,’ is today within reach. With the Internet, we have the means to make humanity’s treasury of knowledge freely available to scientists, teachers, students and the public around the world.”

“The existing system worked well for quite a while,” says Jonathan Eisen. “But it was not designed by theory. It was designed by constraints.” In a world that provides communications conduits far larger and faster, those constraints have now made science’s traditional pipeline a bottleneck.