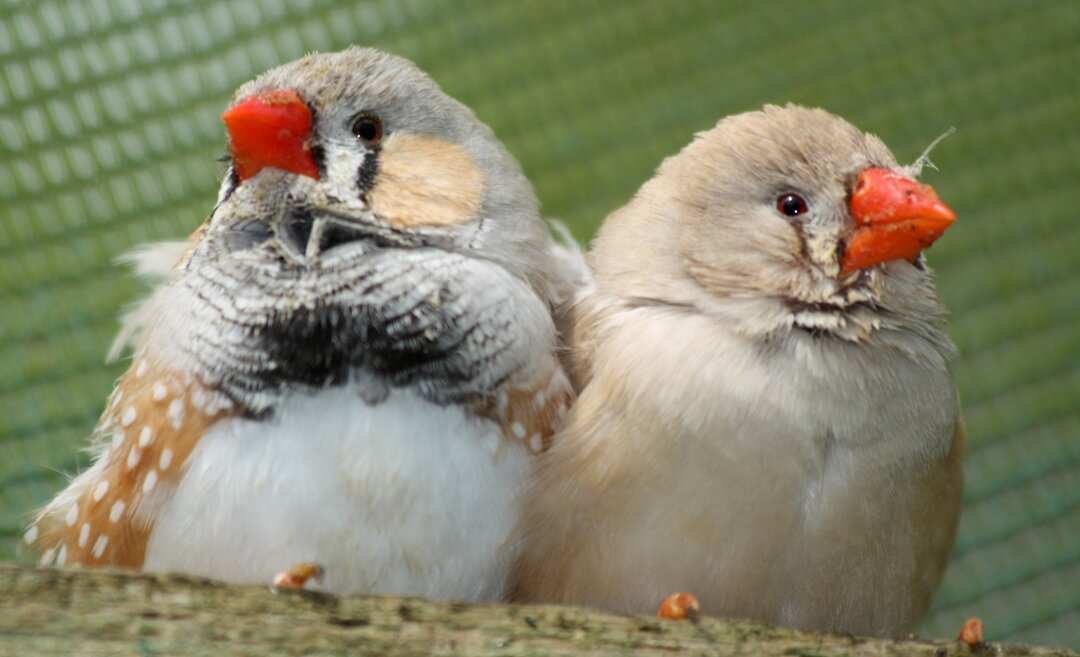 Zebra finches in conversation. Photo by RHL Images, via Flickr.

That phrase, drawn from Ken Weiss, is perhaps the simplest of the many ways that Patrick Clarkin tries to convey, in his wonderful post “Developmental Plasticity and the ‘Hard-Wired’ Problem,” how thoroughly entwined are genetics and experience in shaping and constantly reshaping any organism. It’s silly, in a way, to think of a nature responding to nurture; of a gene responding to an environment; or of one or the other ever being, even for a nanosecond, more important than the other. For they are “inextricably intertwined,” as Clarkin himself puts it.

As to what this means for humans, Clarkin draws on a point made nicely by Anne Fausto-Sterling

Human behaviors are not “things” more or less influenced by one or another source. They are processes that are simultaneously embodied and shaped by experience. The behavior of walking, as just one example, differs from one individual to the next depending on health history, body size and shape for example, limb-to-trunk length ratios, past physical experience, the character of the walking surface, clothing, and many other factors.

The same goes, big-time, for intensely our social existences and interactions with other people. We’re constantly developing and re-developing in response to social experience. No gene has meaningful existence until it encounters the environment; no environment has meaning (to the organism) until it stimulates a response from the gene. This delicious conversation takes place in our cells, were outer world meets inner, and this reception of and response to the world within does not merely change us; it is us. Development isn’t a pathway to what we are; it is what we are, and it never stops.

So how are we hard-wired not to be hard-wired? Because we’re wired — perhaps molded is a better term — to be flexible.  “How does a genome accommodate so much unpredictable complexity?,” asks Clarkin. “In a nutshell, plasticity” — our ability to not just respond but change in fluid and sometimes unpredictable ways to the changes (or stasis) around us.

Much more, quite fascinating, at Clarkin’s splendid post, and at the several superb posts he links to; some are linked below. Clarkin’s list of references has much other great stuff. I highly recommend you get over there and read it. It’s a rich fine dive.

Photo by RHL Images, used by permission. Some rights reserved.