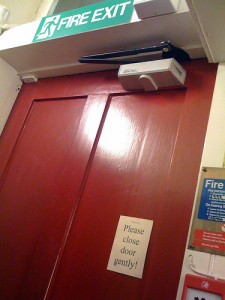 Be easy to miss this. In an interview about several things (mainly the prospect of the ROTC returning to Harvard), Harvard president Drew Gilpin Faust gave the first hint today that Harvard may be considering squeezing Hauser out:

Faust also called into question the future of psychology professor Marc Hauser, whom the university has found responsible for eight instances of scientific misconduct.

The university’s official stance has been that Hauser would return to teaching in July 2011 after being placed on a year’s leave. But yesterday Faust said there are “too many uncertainties of what the future is going to bring’’ for her to know whether Hauser will resume teaching.

“He may decide he may not wish to come back,’’ Faust said. She also said findings from an ongoing federal investigation could have a bearing on his return.

As far as I know, this is the first time Harvard official has spoken of Hauser leaving or hinted that they may pressure him to leave. Since it comes from the presdient, some might take this language itself as an application of such pressure — though perhaps she was just speaking frankly. In any case, this is a bit different than responding to all such questions that he’d return to teaching next fall.

Update: The Harvard Crimson expands on this a bit.

H/t to @moximer, who blogs at Child’s Play over at Scientopia for tweeting this hidden bit to my attention.