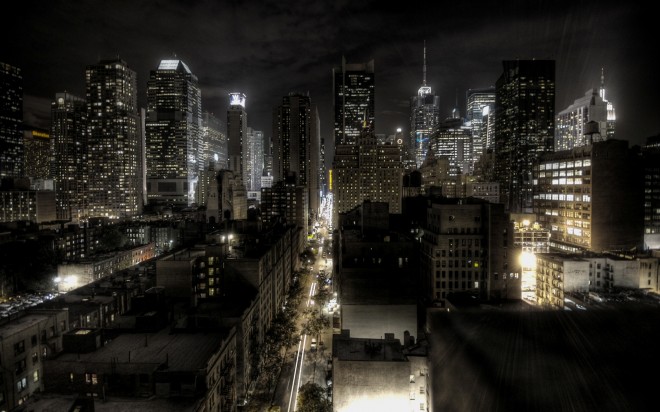 Part of my Lit Hit Friday Series, which looks at things literary.

A few weeks ago I had a pair of posts about The Great Gatsby — a book I’ve read four or possibly five times now, starting with the obligatory reads in high school and college. Few books offer such richness within such simplicity, and that richness means you get new things out of it, and wonderful surprises, every time you read it.

Yet somehow I’d forgotten that, and as I moved into the last quarter of the book this time around, I did so feeling that once the central crisis had passed I had read the best of it. I even thought, picking it up with about 30 pages left to go,  that if the book had a failing, it was that it did not sustain its greatness toward the end. And then I found myself reading with growing excitement as within those familiar pages I saw meanings I’d missed before — possibly because I was too young (or not old enough, which isn’t quite the same thing), or perhaps I just saw them this time because I myself have just been moving around east to west so much, and read it this time on the older side of the Atlantic, in London.

The key passage comes when Nick Carraway, disgusted and exhausted after Gatsby’s funeral, decides to quit New York and return home to “the Middle West.” In anticipation he thinks of the train journeys he used to take home when he was at Yale: small, unknowing rehearsals of this more decisive and defeated return. I confess my first reaction, having lived in Vermont for 20 years, was to laugh at the idea that Fitzgerald offers here, as he rolls out of (apparently) Chicago’s Union Station, of Midwestern snow as “real snow.” (I say this having lived near Cleveland.) Then I saw what he seemed to be up to: Something new and subversive, and deeply damning, that I’d missed before.

When we pulled out into the winter night and the real snow, our snow, began to stretch out beside us and twinkle against the windows, and the dim lights of small Wisconsin stations moved by, a sharp wild brace came suddenly into the air. We drew in deep breaths of it as we walked back from dinner through the cold vestibules, unutterably aware of our identity with this country for one strange hour, before we melted indistinguishably into it again. That’s my Middle West – not the wheat or the prairies or the lost Swede towns, but the thrilling returning trains of my youth, and the street lamps and sleigh bells in the frosty dark and the shadows of holly wreaths thrown by lighted windows on the snow. I am part of that, a little solemn with the feel of those long winters, a little complacent from growing up in the Carraway house in a city where dwellings are still called through decades by a family’s name. I see now that this has been a story of the West, after all – Tom and Gatsby, Daisy and Jordan and I, were all Westerners, and perhaps we possessed some deficiency in common which made us subtly unadaptable to Eastern life.

Even when the East excited me most, even when I  was most keenly aware of its superiority to the bored, sprawling, swollen towns beyond the Ohio, with their interminable inquisitions which spared only the children and the very old — even then it had always for me a quality of distortion. West Egg, especially, still figures in my more fantastic dreams. I see it as a night scene by El Greco: a hundred houses, at once conventional and grotesque, crouching under a sullen, overhanging sky and a lusterless moon. In the foreground four solemn men in dress suits are walking along the sidewalk with a stretcher on which lies a drunken women in a white evening dress. Her hand, which dangles over the side, sparkles coldly with jewels. Gravely the men turn in at a house — the wrong house. But no one knows the woman’e name, and no one cares.

After Gatsby’s death the East was haunted for me like that, distorted beyond my eyes’ power of correction. So when the blue smoke of brittle leaves was in the air and the windblown wet laundry stiff on the line I decided to come back home.

Something’s amiss here. America has flipped sideways. Nick wants to return to real snow and real people, to something more settled and predictable — but he’s going West. Only 50 years before Fitzgerald wrote this, going West was how a young American sought adventure; it was the frontier. Now Nick goes West to escape the overly adventurous place that the East has become. The East, which to the Europeans first arriving had been “the fresh green breast of the world offering the last glimpse on something commensurate with our capacity for wonder” — that is, an entire unsullied continent beyond — has become  both a sullied wasteland and America’s new frontier. It’s as if some early-20th-century Horatio Alger said, “Go East, young man!,” and ambitious, restless young men like Gatsby and Tom Buchanan and Nick Carraway set out to find their fortunes on the bond-trading, ballroom, and back-alley floors of New York, where America was trying to satisfy its most aggressive, unbridled hungers. The West, meanwhile, has been civilized, as Huck would say. But when you went East — back East, but to the new frontier — you found a corrupt horror. No fresh green breast anywhere.

The second time I read this book, back in college, my favorite line, as I remembered it for years and years, was the description of the New York skyline as representing “all the power and beauty in the world.” Soon after that reading I visited New York for the first time, fell in love with the place, and decided to live there. And when I approached it, as Nick did, from the West, I saw in that skyline all the power and beauty of the world.

But when I next read the book, in my thirties, having lived in New York for a while and seen the strange mix it has to offer  — and an uglier mix it was back then, for the city was badly run down, and I ran into enormous disappointment myself there and ultimately left — I read that line about power and beauty again, and when I did I sat up with a shock. Fitzgerald, or Carraway, rather, doesn’t look at the skyline and say that it represents all the beauty and power in the world. He says the skyline offers “the promise of all the power and beauty in the world.” The promise. Much different than the real thing.

This means everything in terms of the novel’s view of East and West. In the book’s first pages we’re told, without a mention of the fresh green breast, that America’s promise has moved from that green breast to the New York skyline. The rest of the book shows us that promise assuming successive forms — New York, Gatsby, Daisy — and getting broken every time. In the end, Nick has nowhere to go but the Middle West.

The Writer’s Dilemma: What to Toss (on Janet Malcolm)

Carr, Pinker, the shallows, and the nature-nurture canard

May 1: Nick comes from and returns to “the Middle West” (probably Minnesota, given certain clues in the book), not St. Louis, as I originally had it above. H/t to David Quigg for the correction.