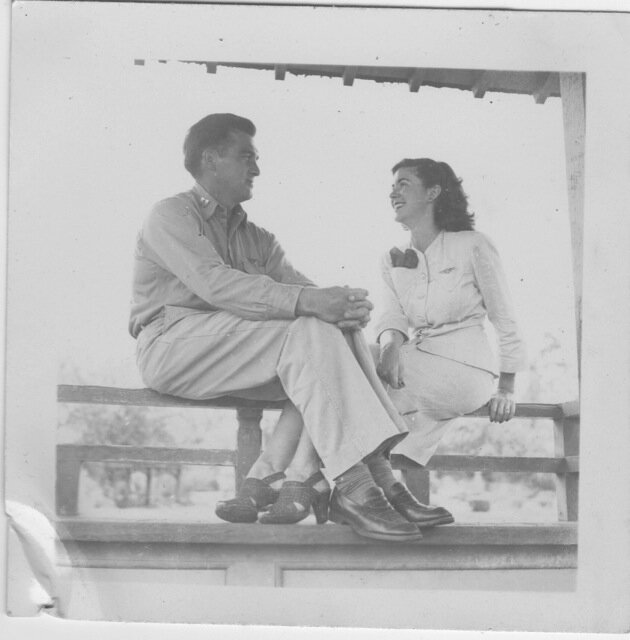 Even before I published “My Mother’s Lover” (free this month at The Atavist), I had learned that telling people of my mother’s long-hidden WWII lost love that many, many families hold big family secrets, and that such secrets often come out very late in the life of a principal. At a discussion of the story at Metafilter, one such was offered. In this case, both people survived the war and stayed connected — but not as much as the airman desired:

My father was in the Air Force and then in the Army Air Force in WWII and Korea and my mother worked at an airbase in Miami as a soda jerk, a Jeep driver in Transportation, and a piano player/singer in the Officers Club, I think, at night. Both parents are gone now and we didnt get along anyway, but this post makes me realize how complex and deep the memories from that time reached into their souls.

Interestingly, when my mother was very old she was taken to the hospital in Arizona and, on the way, asked me to call her “friend” in Iowa, a man she had known in WWII, whose name was Dale. She and Dale talked on the phone nearly every day – I knew nothing about it. When I called him, he told me he had been head over heels in love with my mother in the 40s, having fallen for her when they went to school together in Iowa. He was in the Air Force and came to Miami on R&R and was amazed to find my mother there. In his words, “we spent every single hour together during my 30 days in July of 1945 – every single moment” – and he went on to tell me he wanted her to marry him but she wouldnt and he didnt know why. I knew why – she didnt want to live the life of a farmers wife – she wanted bright lights and a big city. That didnt happen, but there were at least 40 years before they reconnected, maybe more, and they were long-distance sweethearts of a sort in their 80s. The love in both their voices was very real even after all those years.

This story makes all that more real to me and I wish Id been able to put together the pieces of my own mothers story – and my fathers, also – before it was too late.

The tangled webs we weave.

via My Mothers Lover | MetaFilter.