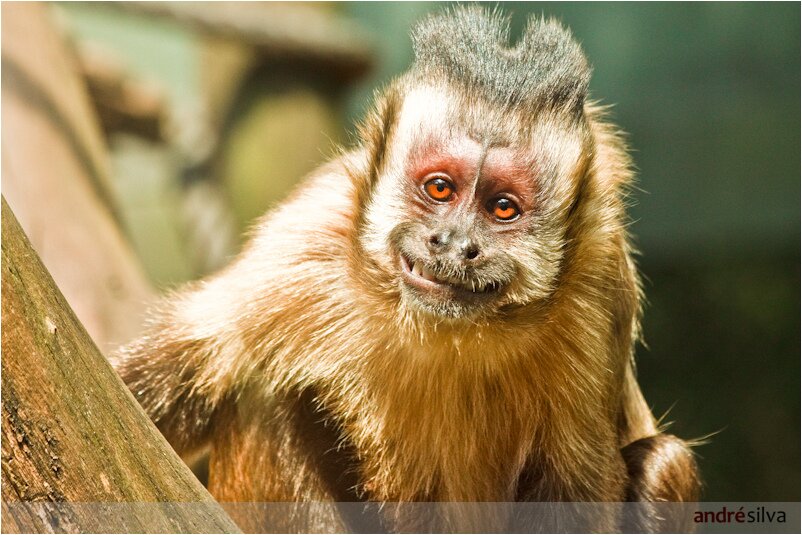 Having written quite a bit about the ruckus raised when Harvard psychologist Marc Hauser was caught fabricating data and committing other acts of scientific misconduct, forcing his resignation, I was intrigued to hear he was self-publishing a book titled Evilicious. (Not making this up.) Today, Ivan Oransky at Retraction watch looks at an odd and awkward aspect of this publication: The book, which according to one Hauser mailing is titled “Evilicious: Cruelty = Desire + Denial”, is apparently blurbed by several leading science writers and scientists. (One version of the press release is below in full.)

When I saw this a few weeks ago, I was rather amazed. I’ve since learned I’m not the only one who wondered whether Hauser was using blurbs (aka ‘puffs’) written before or after he was found guilty of fraud and dropped by his publisher. Oransky has made a couple calls and found that in at least a couple cases, the blurbers offered their endorsements after Hauser’s fall and resignation. They wanted to give Hauser a second chance.

I think generosity is a good default position. But in a case this serious, as with similar cases I’ve written about, I’m with Oransky in wanting to see real signs of reckoning before entertaining requests for forgiveness:

We agree that everyone deserves a second chance. But we do prefer when those given a second chance acknowledge that they did something wrong. That might start with noting a retraction, instead of continuing to list the retracted paper among your publications.

I’m quite curious as to whether Hauser has had the book independently fact-checked. (Most books are not.)

Image  by oandresilva. Some rights reserved

It is a fact that humans destroy the lives of other humans — strangers, friends, lovers, and kin — and have been doing so for a long time.  These cases are unsurprising and easily explained:  We harm others when it benefits us directly, fighting to win resources or wipe out the competition.  In this sense we are no different from any other social animal.  The mystery is why seemingly normal people torture, mutilate, and kill others for the fun of it — or for no apparent benefit at all.  Why did we, alone among the social animals, develop an appetite for gratuitous cruelty?  This is the core problem of evil.  It is a problem that has engaged scholars for centuries and is the central topic of this book.

Drawing on the latest scientific discoveries, Hauser provides a novel and elegant explanation for why some individuals engage in evil and why we uniquely evolved this capacity:  Evildoers emerge when unsatisfied desires combine with the denial of reality, enabling individuals to engage in gratuitous cruelty toward innocent victims. This simple recipe is part of human nature, and part of our brain’s uniquely evolved capacity to combine different thoughts and emotions.  The implications of Hauser’s theory of evil are unsettling: due to individual differences that begin with our biology, and can be enhanced by certain environments, seemingly normal people are capable of causing horrific harms, feeling rewarded and justified or nothing at all.

In this original and uniquely informative book, Marc Hauser shows us how the “addiction to evil” – the persistent subjection of innocents to gratuitous cruelty — emerged as a by-product of the human brain’s unique evolutionary design. The ability to creatively combine all manner of thought and emotion enabled our species to produce great works of art and science, as well as to freely choose to kill and torture with a level of maliciousness unprecedented in the history of life on earth. Here we find that the most dangerous and effective evildoers are not sadists or serial killers with disordered minds, but mostly normal people who could have chosen not to kill and torture. When driven by unsatisfied desires — especially if channeled into dreams of glory for a cause — and in denying the reality and the humanity of others, even nice guys can become massively bloodthirsty.

– Scott Atran, Director of Research in Anthropology at France’s National Center for Scientific Research and author of  “Talking to the Enemy”

“Evilicious is an incisive and engaging analysis of why people have the capacity to inflict great evil.

Marc Hauser cogently draws from psychology, neuroscience and evolution to explore potential explanations for this darkest side of human nature. His fascinating book is lively from start to finish, and helps bring science to bear on an issue of great importance.”

“The problem of evil is as old as recorded thought, and one might have guessed that there would be nothing fresh and original to say.  But Marc Hauser’s Evilicious is an entertaining and compassionate essay refutes that expectation, offering new perspectives and intriguing suggestions on traditional problems from a remarkably wide range of comparative and experimental evidence and evolutionary considerations, often fascinating in themselves.  A thought-provoking inquiry.”

“The urge to explain evil is as compelling and as daunting as the wish to explain love, a task that for all of human history has befuddled poets, philosophers, psychologists, biologists and, most recently, neuroscientists. Marc Hauser draws on all those disciplines and more to examine the worst of human behavior. It is always fascinating to read what he is thinking, all the more so when he’s thinking differently from me. He challenges my assumptions and makes my world bigger. Who could ask for more? Even when you disagree with him, you’ll do so with pleasure.”

“Evilicious is a gripping investigation into our appetite for cruelty and destructiveness. Highly informative, and written in a lively style that is accessible to the general reader while also having much to offer the specialist, it is a book that is difficult to put down. It is a must-read for anyone interested in the puzzle of human violence, and every serious student of human nature.”

– David Livingstone Smith, Ph.D., Professor of Philosophy and author of “Less Than Human: Why We Demean, Enslave, and Exterminate Others.”

“In Evilicious, renowned neuroscientist Marc Hauser provides a provocative and insightful account of evil as the consequence of ancient neural systems put to new uses as evolution shaped the uniquely human, combinatorial brain.  While making his case, Hauser offers lively and accessible explanations of many cutting-edge findings in social neuroscience that are a fascinating read for the general public and scientists in the field alike. The book is an impressive demonstration of the important role science plays in thinking about the most pressing social and ethical issues of today.”

“What Steven Pinker has done for violence, Marc Hauser has achieved with evil – this book brings the light of science to illumine the heart of darkness.”

“Evilicious offers an analysis of the human capacity for evil, and a plausible account of how it emerged, that is immediately engaging and deeply satisfying. Saturated with eye-catching examples, bristling with punchy observations, and marvelously comprehensive in its coverage, this is a book to savor and to treasure.”

“Marc Hauser’s cogent and concise study on the psychological nature of evil could not come at a more propitious time after the Sandy Hook elementary school massacre changed the national debate on violence. Much discussion has been focused on mental health issues, but as Hauser reveals through his thorough summary of the scientific study of violence, the problem is not a handful of crazy people; it is that we all have the capacity to commit acts of violence due to the nature of our psychology and how our brains are wired. Every Congressman, Senator, and journalist voting or writing on what to do about violence should read this book first.”

“Evilicious is a serious attempt to understand gratuitous cruelty. Evolutionary psychologist Marc Hauser argues that even though the capacity for evil evolved by chance, and despite the strong roles of individuals’ genes and experiences, the abuse of power makes grisly sense. Unflinching, thought-provoking and richly informed, this examination of the darkest of human desires is an important original contribution to the science of human moral failings.”