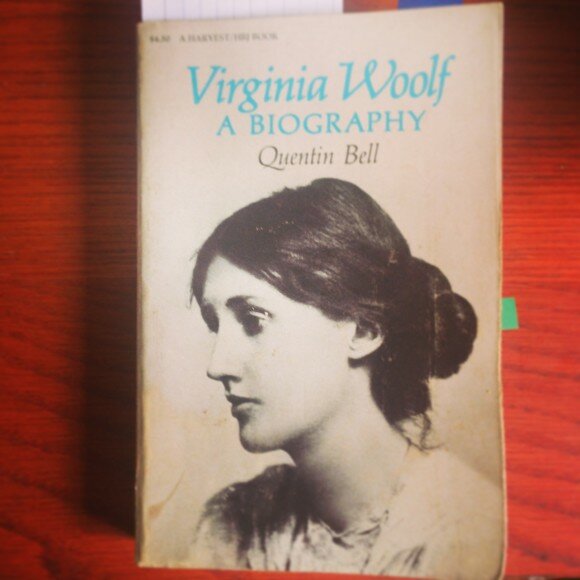 Young writers are constantly told to show rather than tell. Here, in a sketch of Virginia Woolf’s father in Quentin Bell’s biography of Virginia Woolf, Bell shows how you can deliver the goods by telling quite a bit — and then, by showing just one or two things vividly, crystallize and embed all you have told.

Sir James Stephen, as he eventually became, was a courageous, intelligent and capable administrator. He was also, as he himself said, anything but a simple man. He inherited all the boldness of his father and his grandfather; he was formidable and implacable, driving others almost as hard as he drove himself, working long hours in the Colonial Office and making others work equally hard, still finding time for numerous contributions to the Edinburgh Review, dictating 3,000 words before breakfast. A monster of industry and learning, he was also a vulnerable and an unhappy man. His achievements fell far short of his ideals.… He was desperately shy, he was intensely pessimistic. He was so convinced of his own personal ugliness that he would not have a mirror in his room. He would shut his eyes rather than face an interlocutor. He wished he had been a clergyman, a recluse, anything but what he was. He was terrified of being comfortable and although he would not deny pleasure to others he was anxious to deny himself. Once he tasted a cigar and liked it so much that he resolved never to taste another. It occurred to him that he liked taking snuff — immediately he emptied his snuff box out of the window.

Virginia, of course, could write rather well too. Bouncing around her letters, I find one in which she writes a friend that, having finished The Waves and having been told by Leonard that the book is good, she is “as relieved as a girl with an engagement ring” and (even better) “light as a trout.”