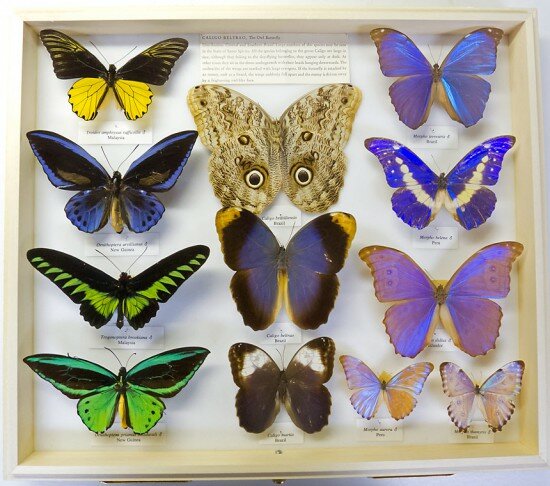 The thing about insects is that they present infinite “contrivances,” as Darwin once put it, to divert your attention. Invertebrate collections like these throw my ADHD into overdrive.

While many of us suffered through the polar vortex, Bryan Pfeiffer, writer, naturalist, bird guide, ace photographer, and a man obsessed with the dragonflies he’s writing a book about, got lost amid the vast bug collections at Florida State.

Many beetles defend themselves with toxins, which they often spray out their rear ends. Because they lack fangs or a stinger to deliver their chemicals, beetles aren’t technically venomous. But Onychocerus is the only known exception. It stings with the tip of its antennae. A beetle with antennae as weaponry – how cool is that? It gets better.

It turns out that Onychocerus’  terminal antenna segment delivers toxin like a genuine killer: scorpions. A scorpion’s tail end, actually modified terminal abdominal segments, andOnychocerus’ stinging antenna are remarkably similar. Yet they do not share a common ancestor from which this trait was inherited. Instead, the stingers evolved independently to be nearly identical. It appears to be a classic case of convergent evolution.

A fun read and a fine entry into this man’s buggy and birdy obsessions. Read and gawk at I Survived the Polar Vortex Among Millions of Dead Insects. See Pfeiffer’s lovely site for more photos and writing. 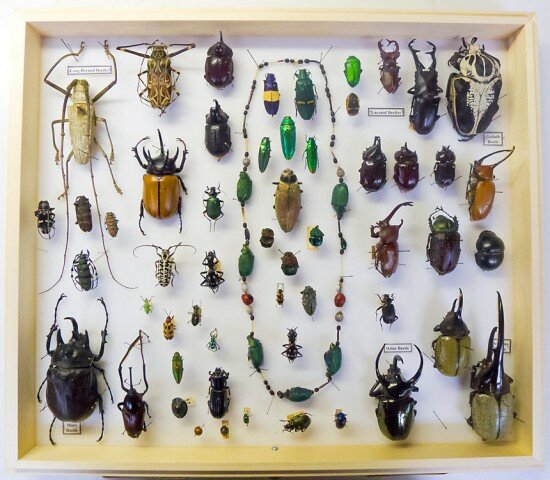