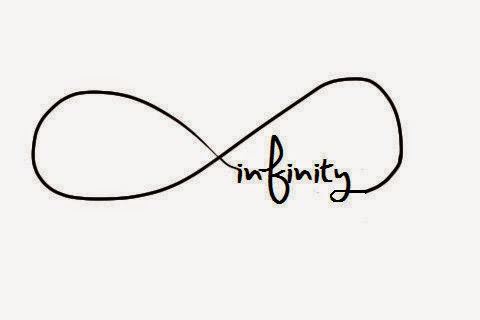 How do genes generate traits? A prime answer emerging from the ever-increasing power of genetic studies is that genes create traits through accidental teamwork. That is, as far as our still-early tools and techniques can tell, many and perhaps most traits for which we can find any genetic contributions are influenced by many genes of small effect.

Another consistent trend is that as our genetic tools grow more powerful and we are able to feed them the genomes of larger numbers of people, we tend to find more and more genes contributing to any given trait or disease. For schizophrenia, for instance, the most recent study upped the number of contributing genes from about a couple dozen to about 80. This was hailed as a huge, even decisive step forward. The next study to go bigger will likely find more.

Same thing is happening with genes for height. Over the last few years, height has become a  example of how a obvious trait is actually shaped by many genes. At first the contributing number was thought to be a dozen; then several dozen; then maybe hundreds. Now a new study has muddied up this  relatively clean picture by finding that perhaps half of all human genes shape height — or, depending on how you count it, may all human genes. Or maybe, sort of, even more than all.

As one person observed on Twitter, the idea that pretty much every single one of our genes helps to shape height comes close to meaningless. Now, in an essay titled “The height of folly”, veteran geneticist and sometime troublemaker (in the best sense of that word) Ken Weiss picks that up and runs with it. It’s a fun, smart, learned, and deliciously mischievous romp.

Weiss opens by commenting on a quote about height from famed geneticist Thomas Henry Morgan, whose fruit fly work laid the foundation for tracing traits to genes.

In 1926, geneticist Thomas Henry Morgan wrote this about stature:

A man may be tall because he has long legs, or because he has a long body, or both. Some of the genes may affect all parts, but other genes may affect one region more than another. The result is that the genetic situation is complex and, as yet, not unraveled. Added to this is the probability that the environment may also to some extent affect the end-product.
> (TH Morgan, The Theory of the Gene, p 294, 1926):

His point, of course, was not about stature per se but about the difficulty of identifying genes ‘for’ traits because there are many pathways to a trait, and they aren’t all genetic. This was understood eighty-eight years ago, and yet we have had study after study, ever larger, merging smaller studies, and all sorts of fancy statistics to account for various internal complications in genome sampling, and still the results pour forth as if we haven’t learned what we need to know about this and many traits like it.

Then Weiss considers the height paper’s assertion that even though the genetic factors contributing to height may seem incalculable, they are not:

The authors rather glibly come to what they seem to feel (did they take a poll?) is the comforting conclusion that while number of causally contributing genes is huge, it isn’t ‘infinite’. But that is at most technically true and in fact is farther from the real truth than the authors intended, or perhaps even realized.

Finally Weiss argues, half for fun (and he’s having a lot of fun) but mostly for real, that the proper number to consider, for both practical and conceptual purposes, actually is infinity.

We’re not just playing word games here. The number of causes, even just the genetic causes, of stature variation is truly infinite. It is misleading of the authors to try to reassure readers that at least the number is finite. That is in essence a tactic, perhaps inadvertent, that justifies the enumeration-approach form of business as usual.… If the science is to advance beyond a pretense of causal enumerability, what we need to do is develop some new, quantitative rather than enumerative causal concepts. How we should do that is unknown, unclear, debatable,…. and in our business-as-usual environment, probably unfundable.

Weiss, if I read him right, is posing a highly disruptive argument: That in a time when the effects of genes on traits appear more uncertain, unpredictable, vague, and circumstantial by the day, with seemingly every study finding more genes but fewer answers, the hunt for Yet More Genes threatens to turn into a chase that does more to justify itself than it does to show us anything new.

By saying the number of causes of stature variation is finite they essentially mean that they are enumerable and that there is an end to the counting, by which time all causes of stature will have been accounted for. That is simply false.

It’s not that genes are meaningless; it’s that perhaps they don’t mean what we think they do — and that we’re so locked into seeing genes as playing a sort of directorial role, and so convinced that if we count them properly we’ll gain some fundamental new insight, that we keep asking the same questions even though the answers are increasingly meaningless. Accordingly, we need to ask different questions.

The wise TH Morgan realized these issues in early 20th century form without needing to have all the expensive and extensive data that we are amassing. But his statement was generic and one might say it called for confirmation. We have had many other sorts of confirmation for similar traits, but perhaps what’s been reported for stature closes the book on the basic question.

So now, if the science is to advance beyond a pretense of causal enumerability, what we need to do is develop some new, quantitative rather than enumerative causal concepts. How we should do that is unknown, unclear, debatable,…. and in our business-as-usual environment, probably unfundable.

Get the whole romp at The Mermaid’s Tale.