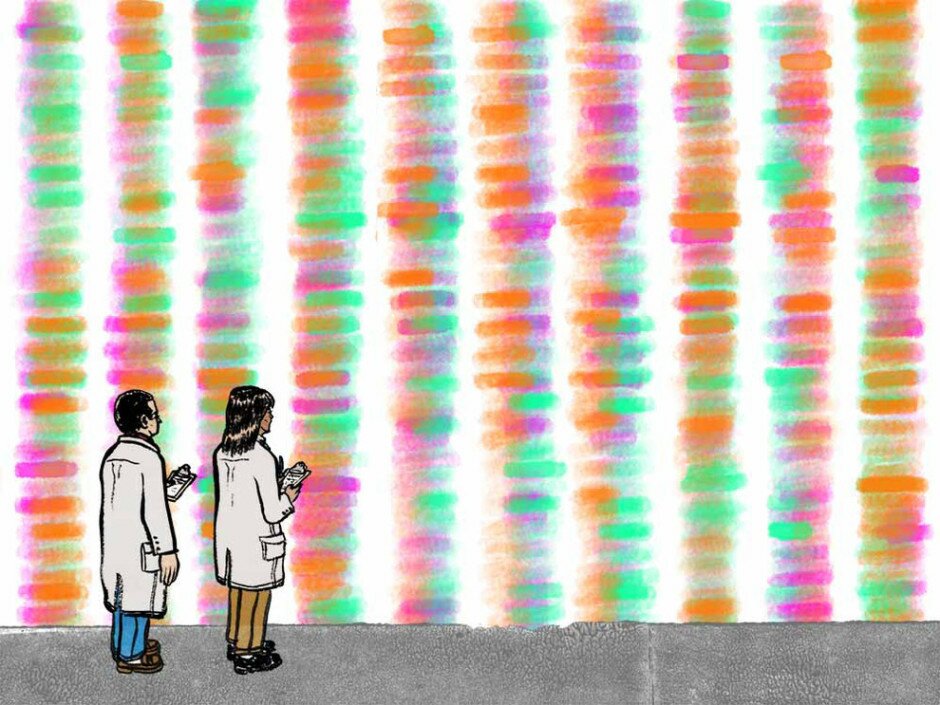 A bit late to my own story here, as a reporting trip intervened, but but a couple weeks ago I wrote an essay for Buzzfeed about the overselling of medical genomics, which goes beyond hype in a way that distorts funding, science, and the public’s ideas about genetics.

We live in an age of hype. But the overselling of the Age of Genomics — the hype about the hope, the silence about the disappointments — gobbles up funding that we might spend better elsewhere, warps the expectations of patients and the incentives of scientists, and has implications even for people who pay genetics scant attention. Many hospitals, for instance, are now collecting genetic information from patients that they may market to “research partners” such as drug companies. Some take more care than others do to secure informed consent. (Had blood drawn lately? Read everything you signed that day?) It’s not just that they’re selling you this stuff. They may well be selling you. And the sale depends on an exaggerated picture of genetic power and destiny.

To be sure, medical genetics has chalked up some sweet victories. Our growing ability to spot rare mutations, for instance, is helping doctors diagnose and sometimes treat nasty rare diseases. Last fall, for instance, doctors in St. Louis sequenced an infant dying of liver failure, saw that he had inherited a rare mutation that both his parents happened to pass to him, devised a way to counter the mutation’s disruption of his immune system, and saved his life.

But when it comes to how genes shape the traits and diseases that matter most to us — from intelligence and temperament to cancer and depression — genetic research overpromises and underdelivers on actionable knowledge. After 110 years of genetics, and 15 years after the $3.8 billion Human Genome Project promised fast cures, after more billions spent and endless hype about results just around the corner, we have few cures. And we basically know diddly-squat.

I know — diddly-squat is rough talk. Yet this is hardly a radical claim. Geneticists and doctors outside of Big Genomics — people studying genetics in songbirds, sea urchins, monkeys, microbes, fruit flies, and roundworms, for instance — often voice it privately. Others are eager to tell us what genes can’t do or warn that “precision medicine” will let us down. One of the world’s most respected geneticists, Britain’s Steve Jones, gives quite an entertaining lecture on our humble state of knowledge.“The more we learn, the less we understand,” he says. “We know almost nothing of genetics.”

This essay merely makes public a discussion (and complaints) that have long aired in conference corridors. Unsurprisingly, I got some grief (as well as some amiable, constructive responses) from some of the parties who felt accused. Some tried to cast the essay as an isolated, misguided complaint, or an attack on science, or, in one case, as pandering to scientists jealous of the funding that flows to Big Genomics. Wrong, wrong, and wrong. Virtually all the criticisms and concerns I voiced in the essay were things I’d heard many times from other geneticists, including geneticists who are well-established and have secure funding. This isn’t an attack on science. It’s a discussion about how to do it well.

You can read the rest at What is Your DNA Worth?