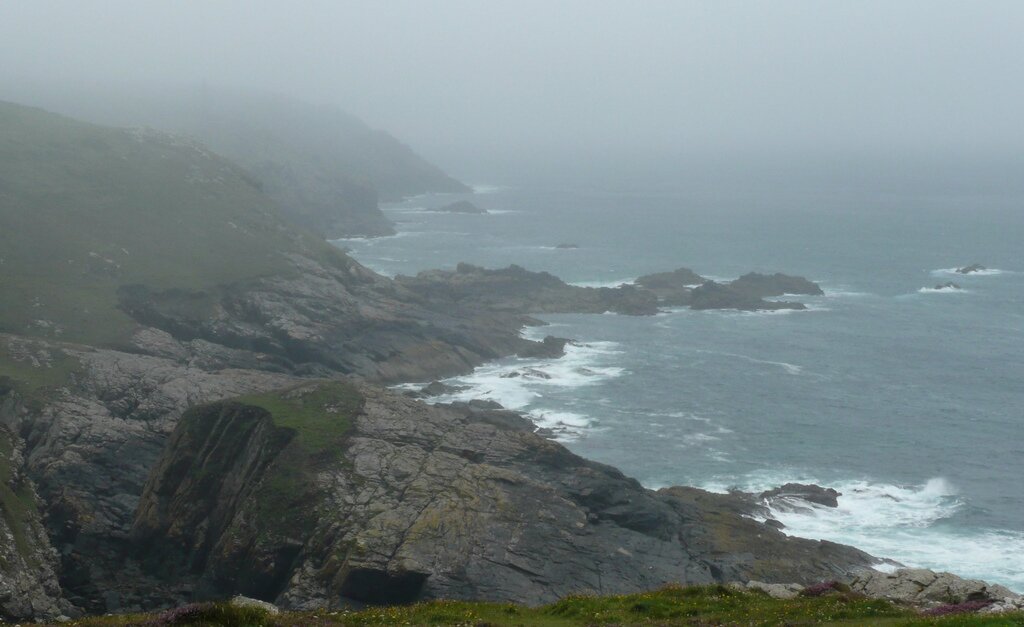 The Cornwall coast near St. Ives. Photo by John Stratford (john47kent at Flickr), via Creative Commons

In 1905, a year after her father died, Virginia Woolf, then 23, took a vacation with her sister and two brothers near St. Ives, the town along the Cornwall coast where as children they had spent summers that were among the happiest times of what would become a loss-haunted family history. It was there she reconnected with the family history on which To the Lighthouse would eventually be based; and there that she began discovering the lifelong pleasure of walking in the countryside:

It has become the habit for me to spend my afternoons in solitary trampling. A great distance of the surrounding country have I now traversed thus, & the map of the land becomes solid in my brain. Twice these walks were taken in the teeth of heavy rain storms. I walked, it seemed, toward the very front of the torrent, up among grey hills. Both times it swept the driving smoke across the sea, & all the cheerful shapes and colours evaporated. One could just see the hazy outlines of the hills which lifted themselves out of the mist, but the sweep of the bay filled almost instantly with dense vapors.

At Krill’s monument I had to take my bearings, and repeated “A blinding mist came down & hid the land!”• and reflected how easily I might share Lucy’s fate. The delight of the country is that all moods of the air and the earth are natural, & therefore fit and beautiful. There is nothing incongruous about a wet day among the hills, as there is when decent streets and brick houses are exposed to the shock of an uncivilised storm. One may fancy even, a storm rejoicing among these granite hills when the wind and rain beat upon them as though they loved the conflict. But the sunny days give one, after all, a more spontaneous pleasure, the scents of the earth & the budding gorse are sucked out of them by the heat, and all the land glows with a mellow August radiance. The air becomes of a richly luminous quality; you see all things through an amber coloured medium.

Up on the hill today the only sound we heard was the tap tap of the stone breakers as they chipped the granite blocks, and we noticed the curious creamy richness of the stone pit in which they stood; the sun every now and then, making it gleam silver.

NB: The quote about “a blinding mist,” and the mention of Lucy, rise from a novel about a heroine (Lucy), who, forced to marry someone she does not love, kills him and then dies of convulsions. Woolf has not yet begun her very happy marriage to Leonard Woolf.

Click here for other results of my Virginia Woolf obsession.