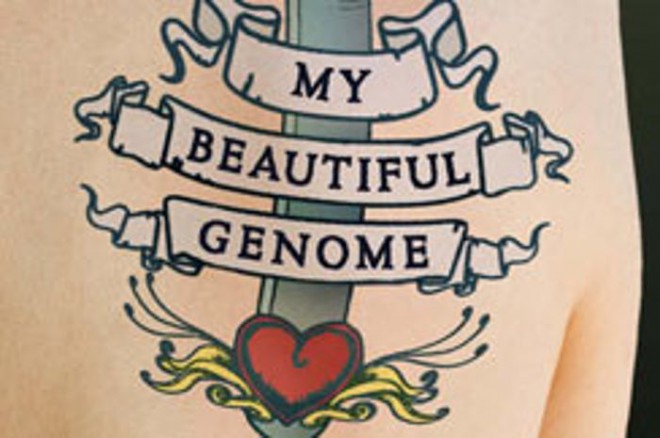 Australia RadioNational’s “All in the Mind” program has long been a favorite of mine, so it was a pleasure last week to be on the program discussing the up- and downsides of so-called ‘orchid genes’ — the gene variants long associated with vulnerability to things like depression, but now increasingly seen as producing not just vulnerability but a heightened sensitivity to experience. Host Lynne Malcolm interviewed both me and former neurobiologist Lone Frank, whose book My Beautiful Genome explores her own foray into personal genomics, and wove these two conversations into a nice discussion of what it’s like to confront one’s genome in a time when the view of behavioral genes is rapidly changing. It’s a fine fun program, with lots of good tidbits.

Lone Frank makes a wonderful analogy, comparing the genetic boom now to the PC boom that brought powerful computing tools to the masses; now we’ll all get powerful genomic knowledge. Frank took an early dive in, with special attention to behavioral genetics, and found that she had several gene variants that have been associated with high risk for things like depression. This agreed with a family history of mental illness, as well as with her own struggles. Her maternal grandmother had been committed at one point, and almost had a lobotomy. That grandmother’s father had killed himself. Her own mother, she says, was “always very concerned, often very sad and withdrawn,” and was diagnosed as depressed late in life. Frank herself has had four bouts of clinical depression and anticipates going through more.  Her descriptions of these are spot on: “It feels like sliding down … toward a black hole,” and she wakes each day “getting more and more disgusted with the world.” She finds that having a genetic explanation for this sensitivity helpful; it lets her externalize the affliction a bit and recognize that it will likely swing back up. Now she sees the signs and gets treatment; for her, antidepressants work pretty well.

Frank’s description of her testing — including the five-factor or “Big Five” personality test — is both intriguing and entertaining. The psychologist who read her personality test said, first thing he opened the door and introduced himiself, that the results made him fear the encounter, because she had scored “rock-bottom” at agreeableness — a finding rendered suspect by her warm, agreeable presence on this program.

Frank found that she had double jeopardy in every ‘vulnerability gene’ she was tested for — that is, she always had both copies (one from each parent) of the ‘vulnerable’ version of the genes in question. Yet, as it clear from the program, she’s a high-functioning, agreeable person, outright cheery at times, I daresay, who has learned to manage the sensitivity that these variants seem to grant.

How might that be?  The complex, two-sided nature of these genes — their granting of plasticity rather than just vulnerability — is the subject of the middle part of of the program, where, starting at about minute 12 and running roughly to minute 20, Malcolm and I discuss some of the research that shows these gene variants grant not just vulnerability, but a heightened response to experience that can be an asset. This newer view of these genes is the subject of a book I’m writing; for more links, see below; or just listen in to get the heart of it.

I’m always impressed with how skillfully good radio shows edit and weave together the elements of their interviews; it’s all the more impressive as a guest, as you see them cut down a much longer conversation to place your comments in the most interesting and effective arrangement. It’s good to have raw speech edited.

You can catch the program at the All in the Mind site. Lone Frank’s My Beautiful Genome — highly  recommended — is here. You can find my most recent article on the orchid hypothesis — the subject of a book I’m writing — at Can Genes Send You High or Low? The Orchid Hypothesis A-Bloom. (This is an expanded version, at Neuron Culture only, of a recent (paywalled) feature that appeared in New Scientist.) My longer treatment appeared in late 2009 in The Atlantic.