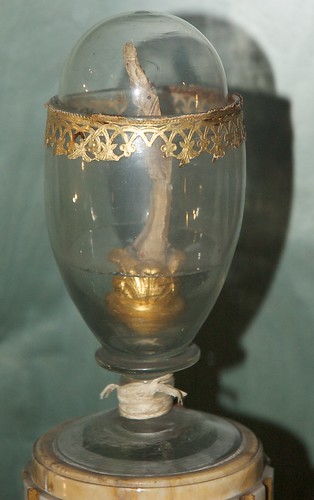 “Galileo’s Middle Finger” is many things: a rant, a manifesto, a treasury of evocative new terms (sissyphobia, autogynephilia, phall-o-meter) and an account of the author’s transformation “from an activist going after establishment scientists into an aide-de-camp to scientists who found themselves the target of activists like me” — and back again.

As its title suggests, the book is also a defiant gesture aimed at those who would deny empiricism. Yet this middle finger (Galileo’s actual middle finger, in fact, which Dreger stumbles across in Italy) is raised in affirmation as well. It points toward the stars that confirmed his cosmology — and toward empiricism’s power to create a fairer, more rational society. For Galileo is famous not just because he saw how the stars move. He’s famous because he insisted we see for ourselves how the world works, share what we see and shape our society accordingly.

Dreger brings a similar mission to ­activism and ethics. She insists that both be based on evidence, so that we respond to problems as they really are, rather than as we’d like to see them.

Dreger is not merely a lively writer but efficient as well — all the more important in a book as stuffed with adventure and information as this one. She brings in Galileo, for instance, early, swiftly, and gracefully, and in two punchy paragraphs tells the core of his tale. In two more she delivers his core wisdom:

I should note that while Dreger (and I, for reviewing the book favorably) will be likely be attacked for being against some particular agenda, her point (and thus mine) is not about ends, but means. She wants people to pursue agendas, especially those concerning ethics, in a way that stays true to the facts.

Her fight in her chapter about transgender politics, for instance, is not with any particular transgender agenda, but with the willingness of one particular group of transgender activists, at one particular time, to pursue its agenda by ignoring credible evidence (and indulging in ad hominem attacks). That is, a small group of activists was not only willing to call her son a womb turd (seriously), but to ignore, and ask others to ignore, the credible evidence on which their target based his work.

Dreger lifts her middle finger (and Galileo’s), in short, not at people advocating for transgender rights and recognition (a cause she had worked for herself), but at anyone asking us let ideology trump facts. Evidence, she asserts, “is … the most important ethical issue in a modern democracy.” For only on empirical evidence — the actual reality of what is happening — can we base ethical action and behavior.

It’s a wildly entertaining book, chock full of amazing stories. And by its nature — and hers, for she is a lively, rowdy, funny, plainspoken writer and advocate —  bound to test almost any reader’s emotions at some point. Most likely you will object at some point to something here. The book’s strength is that it asks, even demands, that you object on the basis of fact.

Photo by Marc Roberts via flickr, some rights reserved.