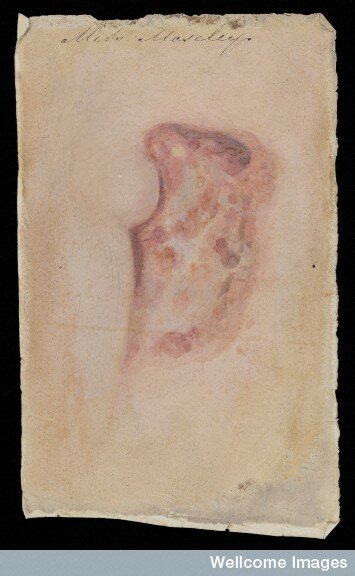 How to balance the risk of missing a cancerous tumor with the risk of treating — at substantial human cost — when treatment may be unnecessary or futile? The new Canadian study of mammography, published Tuesday in BMJ, sharpens this question once again. Most of us who’ve been around a while know people, some dear to us, who’ve walked into a mammography feeling great and found that, according to the doctors, they need to take quick, aggressive, and sometimes brutal measures to save their lives. Most of the time, this understanding is accurate. Some of the time — in about 1 in 5 cases, according to the BMJ study — it’s not. And the BMJ study concludes that in balance, routine mammographies do more harm than good.

Do they also unnecessarily terrify us? We’re quickly getting into extremely touchy, highly personal territory here. The idea that you can be too scared of breast cancer is likely a hard sell to someone, including people dear to me, who has been diagnosed (probably accurately, according to the BMJ study) and undergone treatment to try to prevent or slow the cancer’s fatal spread. How can we tell those people they may have made a mistake, when many and possibly most of them didn’t? Can we? Who am I to do so?

Yet there’s a cost, too, to those who undergo treatment, often disfiguring, sometimes medically harmful, almost always enormously draining, when they did not need to, or when the treatment, on whole, may not actually extend life.

I’m not sure how to sugar this out. I certainly wouldn’t know how to advise an individual. Much will of course be written about this. But one of the most intellectually and emotionally measured considerations I’ve read so far is over at Last Word on Nothing, by Christie Aschwanden. It’s smart, direct, and compassionate, and while its conclusions may sit uncomfortably to many, I like the spirit in which it’s given, and the goal it states: that we should be aiming to save lives, not create as many cancer patients as we possibly can.

Studies show that women — and doctors — grossly overestimate their risk of developing breast cancer and dying from it. One study published in the Journal of the National Cancer Institute found that women in their 40s overestimated, by a factor of 20, their risk of dying from breast cancer over the next decade. I have to think that the media is partly to blame. Fewer than seven percent of breast cancers are diagnosed in women younger than 40, (the median age at diagnosis is 61), but when the disease strikes younger women, it tends to be more aggressive and less responsive to treatment than it is for older women. Scary stories like those of Susan G Komen, who died of breast cancer at age 36, invoke fear, and for good reason. Komen did not bring her cancer upon herself. Her disease was random, undeserved and very aggressive. And if you flip through the women’s magazines during their October “breast cancer awareness” extravaganzas, most of the stories you’ll read are about beautiful young women like Komen who were diagnosed at a young age. The way to prevent such a fate, most of these stories will tell you, is obvious — screen early and often.

Early screening is the only reasonable option if you think of breast cancer as a relentlessly progressive disease that will inevitably kill you if you don’t remove it in time. That story about breast cancer — I call it the “relentless progression” model — has truthiness on its side. It makes common sense and offers a measure of comfort: Every cancer can be cured if you just catch it in time.

There’s just one problem, as I’ve written here numerous times before — research has shown that the relentless progression model is wrong. Despite the one-size-fits-all name, breast cancer is not a single disease, and as the science of tumor biology has advanced, researchers have come to understand that not every breast cancer cell is destined to become one of the life-threatening varieties. It’s only when cancer spreads to other parts of the body — a process called metastasis — that it becomes deadly, and it’s now clear that not every breast cancer is fated to leave the breast. If you detect an indolent cancer early, there’s no life to save.

This may sound as if Aschwanden wants to simply set aside screening and be done with it. But she certainly recognizes that none of this is quite that simple, in any sense of that phrase:

You only benefit from a cancer diagnosis if that cancer is destined to kill you and the diagnosis allows you to treat in a way that prevents you from getting sick and dying. And that’s where things get complicated, because treatment for cancer makes most people feel pretty lousy. It disrupts their lives in a major way. Even a relatively early stage breast cancer can cost you your hair, part or even all of your breast or breasts, and months of treatments that make you feel tired and sick. These treatments are totally worth it if it means that you avoid dying from the cancer. But if they’re aimed at curing a cancer that was never going to become deadly, then what early diagnosis has actually done is made a healthy person sick. I think it’s safe to say that no one wants that. Treatments and awareness about breast cancer seem to have created most of the improvements in breast cancer outcomes, and we should celebrate those accomplishments.

Get the rest at Breast cancer’s latest saga: misfearing and misplaced goalposts : The Last Word On Nothing.