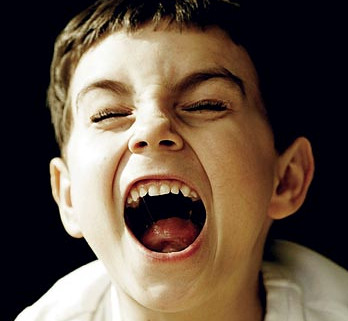 Meet the meta-placebo: A new study suggests that ADHD meds do much of their work by producing placebo effects — and more constructive behavior — among the parents, teachers, and other caretakers of the kids actually taking the meds. Via ScienceDaily:

A recent review of research by University at Buffalo pediatric psychologists suggests that [ADHD] medication, or the assumption of medication, may produce a placebo effect — not in the children, but in their teachers, parents or other adults who evaluate them.

A placebo effect is a positive change in symptoms or behavior after a patient receives a “fake” medication or procedure; in other words, the belief can become the medicine. In this case, the review suggested that when caregivers believed their ADHD patients were receiving ADHD medication, they tended to view those children more favorably and treat them more positively, whether or not medication was actually involved.

“We speculate that the perception that a child is receiving ADHD medication may bring about a shift in attitude in a teacher or caregiver. They may have a more positive view of the child, which could create a better relationship. They may praise the child more, which may induce better behavior.”

Such a placebo effect in caregivers could have both good and not-so-good results, Waschbusch added. “If teachers treat children more positively if they think they are on medication, that is a good thing. But if the child’s medication is increased because caregivers think it is effective, that may not be a good thing.”

This is not at all hard to imagine, as ADHD meds are generally prescribed because parents and teachers believe they’ll solve behavioral problems — and have a strong desire to see them work.

The big caveat here — and it’s a big’n — is there seems to have been no controlled study; that is, no comparison of effects in kids getting the meds versus kids getting a placebo. It would be damned interesting to see such a study, the bigger the better. And if it works? That is, what if such a study found a strong placebo effect?*

So if placebos work, would it be ethical to prescribe placebos? And can you really prescribe placebos while still fully informing a patient? Lots of doctors do, actually. This slippery territory has been explored in the Times Magazine as well as quite a few scholarly pieces.

(Additional of salt: This write-up is from a press release, and I’ve not been able to get past the paywall to read the paper.)*

[added an hour after the original post]: *I struck these passages because a) this study, which was a review of literature, included reviews/analyses of placebo studies, and so took direct account of the placebo effect and b) DrugMonkey, who pointed out (a) in a comment below, was kind enough to send me a copy of the paper, which turned out to be more robust than the press release led me to believe.

I want to add, vis-a-vis DrugMonkey’s comments below, that I’m well aware of the dangers of drawing conclusions based on press releases. (I find it frightening, in fact, how many bloggers blog heavily based on the press-release-news-stories published at ScienceDaily, treating them as news stories (shaky enough, often enough) rather than the press releases they are.) That’s why I placed caveats and scattered salt grains throughout my post. Perhaps I should have headed it, “Interesting if true” — a caveat that should be applied to almost any initial result and to many seemingly “confirmed” as well.

That said, I find this paper interesting, and wanted to draw attention to it, not so much because it’s astonishing, but because it’s not — that is, because it looks directly at a dynamic, the role of expectations and motivations and desires among parents and teachers, among others, that logic and observation would lead us to expect a strong effect.

ADHD is a terribly complex problem; yet another in which the line between “normal behavior” and pathology, fuzzy enough to start with, is vulnerable to movement by all sorts of social forces. As with depression, there are clearly some cases that call for medication, despite medication’s problemmatic efficacy and risk-benefit profile; cases, in other words, where the benefit stands to clearly outweight the risks. But there are others where the real problem is parental incompetence, neglect, confusion, or inexperience, or some other gap between the needs of an essentially healthy child and the capacities of the parents or school to meet them. Sometimes the gap gets filled by medication. It’s interesting to see that the medication may fill the gap partly by changing the behavior of the caregivers, not just the child.