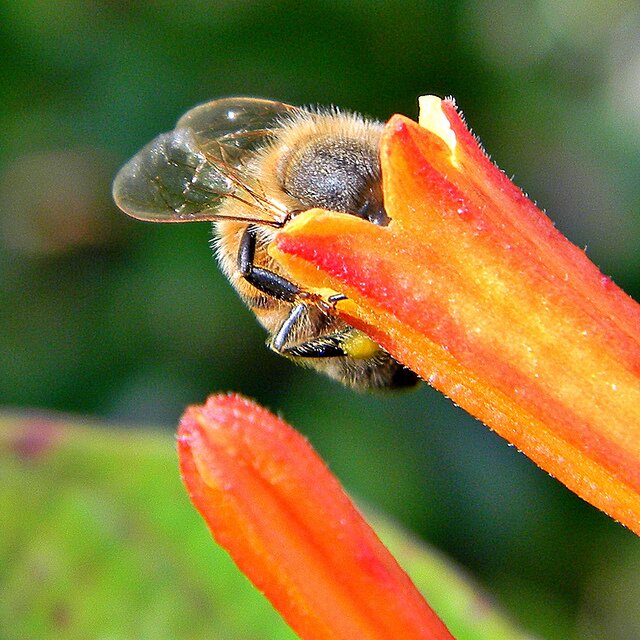 I’ve a feature on “The Social Life of Genes” coming out in Pacific Standard  Tuesday 3 Sept, which I discussed yesterday on WNYC’s Leonard Lopate Show. Here, while that feature is in queue, is a look at one aspect of genetics the feature addresses: The need to understand the importance of gene expression, not just gene possession, in creating differences in behavior.

Last year, a particularly rich genetic study of honeybee behavior came out — and nearly everyone who reported on it, from news sections of top-tier science journals to outlets like Jezebel and Daily Mail, misreported the central nature of the findings. In doing so, these reports kept us mired in a view of genetics that this very study should have helped erode.

Why does this matter? It’ll come clear if we look at what the story found and how it was reported.

The essential findings of the study, which was led by University of Illinois’s Gene Robinson, were

The study seemed of a familiar template: It tied a difference in behavior to difference having to do with genes. But what difference in genes? Most studies of genes and behavior try to trace behavioral differences to gene variants — that is, to different forms of particular genes. Thus researchers have found novelty-seeking in people, for instance, to vary according to which variant of certain dopamine-processing genes a person carries — the 7R or 4R form of the DRD4 gene, for example.

From the coverage generated for this study, it appears that most reporters expected that here: A gene variant would explain a difference in behavior. One that got it right — at least partly — was Science:

Individuals differ in their behavior, sometimes in consistent ways. For example, some people may seek out new experiences, while others prefer to stick with what they know. This is true in bees as well, where some workers take on the dangerous, novelty-seeking task of scouting more often than others. Liang et al. (p. 1225) found that bees that display such scouting behavior not only tend to scout in multiple contexts (both foraging and searching for nests) but also show differences in gene expression in their brains. Experimental manipulation of gene expression predictably changed scouting behavior.

This is the crux of the finding, and it’s a beautiful finding. By tweaking not the genetic make-up but the genetic activity of certain genes, the researchers could change the scouting behavior of the bees.

Unfortunately, most coverage missed this key point altogether. Here’s the bulk, for instance, of the Jezebel coverage:

Scientists found that certain bees are really into scouting — they look for food and also seek out new homes for the colony. And it turns out these bees tend to have a specific genetic signature, which is also present in thrill-seeking humans.

This isn’t technically wrong, but “genetic signature” will lead most people to assume there’s a different gene involved — presumably the DRD4-7R variant mentioned above, which is the one most often tied to ‘thrill-seeking” behavior in humans. But there’s no “scouting gene” involved here that makes bees more (or less) adventurous in their scouting. The difference in scouting behavior ” (to repeat something that apparently needs repeating) comes not from what genes the bees have, but from how their shared genes act.

Robinson and others have for years been waving their hands, pointing at results like this, and arguing that the endgame in genetics is not in differences in what genes we carry, but — especially when most of our genes our shared — in differences in how and when the shared genes express themselves. This is important in understanding differences within a species, whether it be honey bees or humans.

This has been accepted for a while now about development — that is, in how we develop from zygotes to infants (and beyond); we share 99% of our genome with chimpanzees, but we are built differently because so many of the shared genes act differently during development. Robinson — and this paper — are saying that the same goes for behavior: Our differences and individuality arise not just partly but mainly  because our shared genes behave differently. Figuring out why they do so is at least as important as figuring out what our genetic differences are.

I explore this in more detail, and as it relates to social life in particular, in a feature in the Sept/Oct 2013 Pacific Standard.

Image by bob in swamp. Some rights reserved.