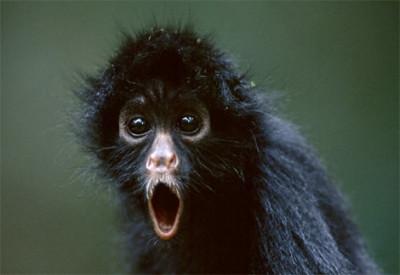 As many know, Harvard psychologist Marc Hauser was placed on a year’s leave yesterday, amid talk of possible scientific misconduct, after an internal Harvard investigation found problems in some of the data supporting a 2002 paper on monkey cognition. According to coverage at the Globe and elsewhere, the investigation may be looking into other papers as well. We may hear some more shoes drop.

This is getting a lot of press, much of it tentative — as is appropriate, since the information released is vague. The journal’s retraction announcement says “the data do not support the findings,” but not exactly what the problem with the data is. The Globe reports that Hauser told colleagues there were allegations of scientific misconduct. This does not mean Hauser committed fraud, even if there was indeed misconduct; way too early to talk of that. It could mean something really ugly or it could mean something just kind of messy.

At this point mainly it just smells funny. It may be a while before we see clearly the source; the investigation has been going on three years and reportedly continues. That suggests a complicated situation.

While it sugars out, I’ve got a couple recommendations (for readers, not Hauser) and a thought:

First, if you’re struggling to make sense of this, I can suggest two reads, one quick and one book-length.

The (very) quick stop is a post from DrugMonkey, an NIH researcher. DrugMonkey is admittedly just reading the coverage. But the speculations hint at how problems with data can arise.

The accusation in the paper correction by Hauser is, as is traditional, that the trainee faked it. As NeuroSkeptic points out, the overall investigation spans papers published well beyond the trainee in question’s time in the lab. Situations like this start posing questions in my mind about the tone and tenor of the lab and how that might influence the actions of a trainee. Not saying misconduct can’t be the lone wolf actions of a single bad apple. I’m sure that happens a lot. But I am equally sure that it is possible for a PI to set a tone of, let us say, pressure to produce data that point in a certain direction.

Could be right, if indeed the problems are widespread. The comments at the post add more perspective.

The longer source is Horace Freeland Judson’s “The Great Betrayal: Fraud in Science”, a splendid account of not only how outright fraud occurs, but how pressure to produce, which is intense in most research universities, can lead to the sort of atmosphere DrugMonkey alludes to. Read it and you understand not just that, but how difficult it is for university and government bodies to outright prevent fraud and misconduct, which is unfortunately uncommon, as opposed to policing it. Judson also makes clear how ordinary cognitive biases — we tend to see what we expect and/or want to see — can combine with all sorts of pressures to create problems ranging from error to fraud. Some rich payloads, but the book reads briskly, as one story of temptation, avarice, folly, and detective work follows another.

Now. I tweeted yesterday that we should “expect reverb.” I haven’t seen it yet, but I imagine some might use this Hauser situation to try to deflate (correct) the wider range of conclusions about the (alleged?) moral, cognitive, and social aspects of nonhuman primate behavior. Hauser made a big and respected name for himself by pressing aggressively the idea that animals have a sense of right and wrong more similar to humans’ than previously thought. IT’s one of those ambitious ideas with wide reverberations that excites people and get you on Edge. It overlaps and parallels a wider range of work done by other ethologists such as Frans de Waal and Stephen Suomi, who have done extensive work on social relations and social cognition in chimps and rhesus monkeys, respectively. (Disclosure: I’ve written a bit about de Waal’s work and have written extensively about Suomi, whose work heavily informs some of the ideas I’m exploring in my book The Orchid and the Dandelion.)

Will people use the Hauser retraction to try to roll back this wider range of work in ethology? There are hints of it already. And taking a close look at a hot discpline is never a bad idea; disciplines sometimes overextend themselves, and in fact that can and often does happen simply because researchers are pushing the envelope, as Darwin did with so many aspects of his work. But there’s a danger too that corrections themselves can push too far. It’ll be interesting to see how this plays out.

The issue seems to revolve around interpreting subjective data on animal cognition. The article does not make clear whether Hauser or someone in his lab skewed data deliberately; no one has yet gone on record to specify the actual misconduct.

The problem of subjective data is not unique to Hauser’s work but is systemic in the field of primate cognition. It reminds me of some discussion in Jeremy Taylor’s recent book Not a Chimp: The Hunt to Find the Genes that Make Us Human. There’s the issue of whether experiments are designed clearly enough to yield conclusions. Then there’s the second issue of whether observations are replicable, or whether they result only from somewhat “wishful” researchers. Such experiments often get heightened scrutiny, but rarely is there clear misconduct. That makes this a really shocking case.

Hm. To me the allegations, vague as they are, don’t quite rise to shocking yet, though I may be missing something. (Please point it out if so.) But that confusion underlines how important it is, methinks, for Harvard to spell out just what is being looked at here. Not just Hauser but a lot of people who have drawn on, contributed to, or worked parallel to his work are hanging in the wind here.[Image: Spider monkey, via uhaweb.hartford.edu]