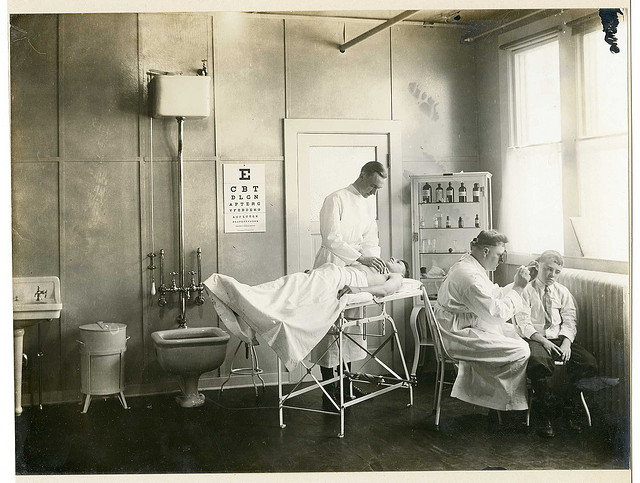 In an age of laboratory medicine, psychiatry’s reliance on interviews, confession, and often funky diagnoses remain the disciplines great bugbear. The move over the last two or three decades to ‘biological psychiatry,’ which got hijacked by the drug industry, has hovered  between disappointment and disaster. Neurocritic looks at the dilemma from a neuroscientist’s point of view:

The lack of laboratory diagnostic tests for mental disorders, along with the shady marketing practices of the pharmaceutical industry, are often viewed as the most fatal flaws in the medical practice of psychiatry.… Widespread perceptions that the field is relatively low in scientific precision, and that the patients have a poor prognosis, are among the possible reasons for this.…

This lack of respect from other medical professionals, not to mention from consumer/survivor advocates, puts neuroscientists in an awkward position. We believe in neurobiological explanations for the full gamut of human behavior, yet we’re left to defend a specialty that relies on clinical interviews and a disputed classification system. There is in fact a large and growing literature on structural and functional differences between the brains of those with and without psychiatric disorders, but these discoveries have not yet translated into reliable diagnostic tests.

Why has it taken so long for biological psychiatry to develop clinical tests?

What follows — NC’s attempt to answer this question — is essential reading for anyone trying to understand psychiatry as it struggles desperately to revise its Diagnostic Statistical Manual.

The Neurocritic: Where Are the Clinical Tests for Psychiatric Disorders?