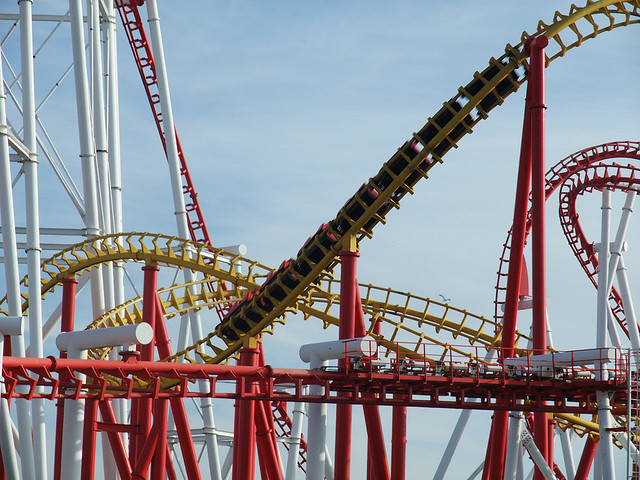 The ride's fun only if you lean forward. Will Obama climb in?

The open-science movement, having exploded over the last year in its efforts to make science work more collaboratively and flow more openly to the public. I wrote earlier here about the extensive nature of the problem and what the open-science movement was doing (and needed to do) to push their agenda. Now open-access advocates have created a petition at the WhiteHouse.gov site that could, like many peitions, mean nothing — but might prompt action that could transform the open-access debate.

The short, concise petition, filed by a loose, ad-hoc group of advocates, Access2Research, addresses just one aspect of the complex open-science agenda — but it’s perhaps  the most important aspect from either a substantive or a political perspective: The petition asks the White House to make all papers that draw on federally funded research “open-access” — that is, free to all readers. The argument: We paid for for the research, so we shouldn’t have to pay to read it. (If you’re puzzled how this could work, see my feature.) The petition essentially calls for an expansion of an existing NIH policy that requires some, but not all, papers from federally funded research to be made open-access after six months.

It would seem the sort of message Obama is generally friendly to; but according to the Chronicle of Higher Education, the petition was filed after advocates met with the White House’s top science adviser and sensed less enthusiasm than they would have liked to:

John Wilbanks, a senior fellow in entrepreneurship at the Ewing Marion Kauffman Foundation, decided to try a petition after he and other open-access proponents met recently with John Holdren, science adviser to President Obama. “It was a nice meeting, but everyone’s always very noncommittal, and it was sort of the same old same old,” Mr. Wilbanks said. “Something had to change the conversation.”

Three other champions of open access joined Mr. Wilbanks in creating the petition: Michael W. Carroll, a professor of law at American University’s Washington College of Law; Heather Joseph, executive director of the Scholarly Publishing and Academic Resources Coalition, or Sparc; and Mike Rossner, executive director of Rockefeller University Press. Coming out of the meeting with Mr. Holdren, they felt frustrated, Mr. Wilbanks said. “It seemed like nothing was changing,” he said, even though public access has. So Mr. Wilbanks et al. decided that “we might as well see if we can go direct to the public.”

The public is responding:  In just 5 days, the petition has gathered over two-thirds of the 25,000 signatures it must get within 30 days of its posting to compel a White House response. I’m sticking my neck out and betting it will pass.
But how will the White House respond? As far as I can tell, this hasn’t received much attention from the politicorati. So I’ll suck it up and punt some punditry.
First, I’ll take a wild-ass guess and say there’s, oh, a 40% chance the WHite House will respond with something really meaningful  — an extension of the current open-access policy, say, such as sharply reducing or eliminating the open-access wait period or expanding the policy to all federally funded research rather than mainly the NIH. More likely (the 60% chance, I’m guessing) Obama will make some nice sounds, tweak a few knobs, and call it done for now. If that’s the case, I don’t see it destroying the open-access movement; but it’ll  be a chance missed.
However, if the White House puts its shoulder behind this idea to push, whether through directly making sharp policy changes or pressing hard in the press and in Congress, it could give another huge boost to a movement that has gained tremendously in visibility and effect over the last 12 months.
The gravity is there either way. But if Obama climbs aboard, the roller coaster could speed up sharply.
See also:
US petition could tip the scales in favour of open access publishing | Dr Mike Taylor | Science | guardian.co.uk
Petition Urges White House to Require Public Access to Federally Financed Research – Wired Campus – The Chronicle of Higher Education
Sign the petition to require open access to US taxpayer-funded research – Confessions of a Science Librarian