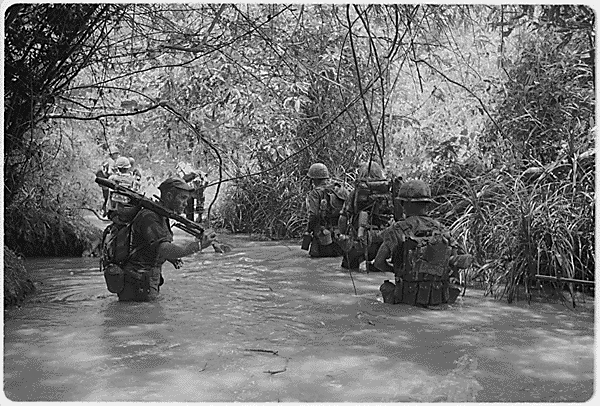 How long has PTSD been around? Is the response to trauma outlined in our current PTSD diagnosis something that has long happened to a subset of people facing trauma? Or did our current concept of PTSD rise from cultural and medical concerns and definitions peculiar to a particular time in history?

This question is debated fiercely. Some — particularly those committed to the current diagnostic and treatment construct — argue that PTSD is just another name for a timeless affliction going back to Homer’s time. Others, including many who feel the PTSD diagnosis is baggy, too elastic, and wildly overextended, argue that while trauma is real, “PTSD” is a diagnostic construct — a categorial convenience — that can sometimes help and sometimes hinder our response to those who are distressed following troubling events.

In a fine post from the weekend, Vaughan Bell reviews two highly important studies supporting the idea that our current concept of PTSD describes a reaction that simply wasn’t seen in eras before the Vietnam War. I’m passing on a few snips here:

It was originally called ‘post-Vietnam syndrome’ and was promoted by anti-war psychiatrists who felt that the Vietnam war was having a unique effect on the mental health of American soldiers, but the concept was demilitarised and turned into a civilian diagnosis concerning the chronic effects of trauma.

Since then there has been a popular belief that PTSD has been experienced throughout history but simply wasn’t properly recognised. Previous labels, it is claimed, like ‘shell shock’ or ‘combat fatigue’, were just early descriptions of the same universal reaction.

But until now, few studies have systematically looked for PTSD or post-trauma reactions in the older historical record. Two recent studies have done exactly this, however, and found no evidence for a historical syndrome equivalent to PTSD.

A study just published in the Journal of Anxiety Disorders looked at the extensive medical records for soldiers in the American Civil War, whose mortality rate was about 50-80 greater than modern soldiers fighting in Iraq and Afghanistan.

In other words, there would have been many more having terrifying experiences but despite the higher rates of trauma and mentions of other mental problems, there is virtually no mention of anything like the intrusive thoughts or flashbacks of PTSD.

Taking an even longer view, a study published in Stress and Health looked at historical accounts of traumatic experiences from antiquity to the 16th century.

The researchers found that although psychological trauma has been recognised throughout history, with difficult events potentially leading to mental disorder in some, there were no consistent effects that resembled the classic PTSD syndrome.

The concept of PTSD is clearly grounded in a particular time and culture, but even from a modern diagnostic perspective it is important to recognise that we tend to over-focus on PTSD as the outcome of horrendous events.

Perhaps the best scientific paper yet published on the diversity of trauma was anarticle authored by George Bonanno and colleagues in 2011. You can read the full-text online as a pdf.If

It notes that the single most common outcome after a traumatic event is recovery without intervention, and for those who do remain affected, depression and substance abuse problems are equally, if not more likely, than a diagnosis of posttraumatic stress disorder.

Read the whole thing at A very modern trauma « Mind Hacks. And for  continual high-quality stimulation sensitive to this time and culture, follow Vaughan Bell on Twitter. Seriously, even if the post above (and/or my stance on PTSD) irk you, follow and read Bell, who’s one of our sharpest, most wide-ranging, and funny observers of psychiatry and culture.

For more context, see my Scientific American feature, which has quite a rowdy comment thread; if you hit a paywall there, see the open-access version here on Neuron culture; and for the deeper pool, or if you’re wondering, “Where do these people get the idea PTSD is overdiagnosed? Where are the studies?”, see my annotated list of sources and links.