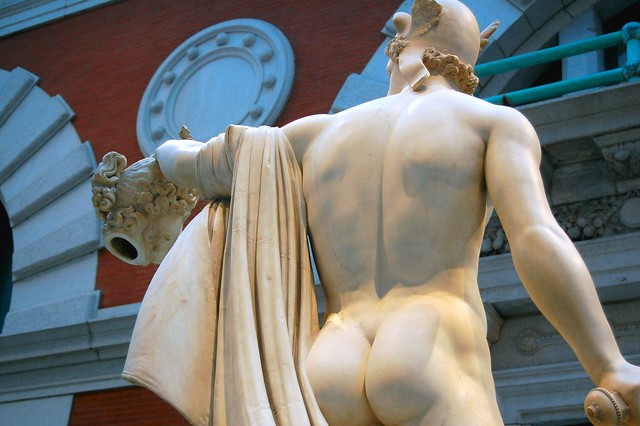 One of the mixed blessings of being a science writer is the strange smorgasbord of press releases offered up in one’s inbox each week. Now and then one arrives and makes you think, Lordy, I should publish this sucker As Is, see what happens. A friend got one such today and shared it with me: “A man’s guide to manning up.”  So … well … here it is — if you’re man enough to read it.

My favorite part, possibly worth the price of the book, certainly worth the PR: “… a few scientific facts.”*

We are not making this up.

A man’s guide to manning up

A fresh philosophy of manliness for the modern man

SAN DIEGO —With a constant overload of messages from the media, it’s becoming increasingly more difficult to define the concept of manhood. Is a real man sensitive or indifferent? Is he humble or cocky? While one guy might view manhood through one lens, another may have a completely opposite perspective.

According to Luoma, the majority of men today lack the basic characteristics of manliness, such as heroism, passion, drive, intensity and chivalry— and society is to blame.

“Most men don’t even understand why they think the things they do,” says Luoma. “They’re saddled with these iconic images of manhood from Gary Cooper and John Wayne, yet they’re also expected to be nurturing and kind and sympathetic. It just doesn’t gel for them.”

As a result, most men end up at one of two extremes: as rowdy, beer guzzling slobs or as a guy who seems to have more estrogen pumping through him than testosterone.

“Men today are in serious need of a new definition of manhood,” says Luoma. “The one I have in mind is a type of manhood that combines the do-goodness of the Boy Scouts with some heaping doses of self-determination and pragmatism, sprinkled with a dollop of testosterone, and seasoned with a few fistful-size pinches of Howard Stern.”

All right men, are you ready to man up?

The Testosterone Principles 2: Manhood and Other Stuff

Available at www.amazon.com and www.barnesandnoble.com

*Runner-up for for redundant-repetitive crowd: “increasingly more difficult”. Other runner-up: Upper-casing “Bible”. Plus, well, everything.