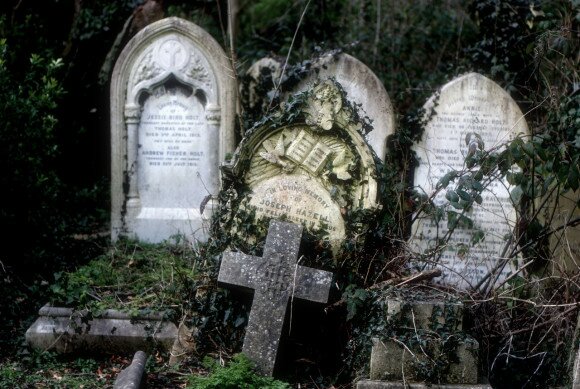 What to do with the dead? This timeless problem took extra urgency in Victorian London. Excerpted from the book Dirty Old London, by Lee Jackson, in the Guardian.

The existence of such gases was undisputed – sextons and undertakers were often called up to “tap” coffins in church vaults, drilling a hole to prevent them breaking open with explosive force. Walker dutifully recorded the effects of leaking miasma on the constitution of gravediggers, ranging from general ill health (“pain in the head, heaviness, extreme debility, lachrymation, violent palpitation of the heart, universal trembling, with vomiting”) to sudden death. Gas could, indeed, prove fatal: graveyard workers who broke into bloated coffins were occasionally suffocated by the release of “cadaverous vapours”.

Ken Weiss is not too thrilled with the million-genome project. At The Mermaid’s Tale.

In desperate need for a huge new mega-project to lock up even more NIH funds before the Republicans (or other research projects that are actually focused on a real problem) take them away, or before individual investigators who actually have some scientific ideas to test, we read that Francis Collins has apparently persuaded someone who’s not paying attention to fund the genome sequencing of a million people! Well, why not? First we had the (one) human genome project. Then after a couple of iterations, the 1000 genomes project, then the hundred thousand genomes ‘project’. So, what next? Can’t just go up by dribs and drabs, can we? This is America, after all! So let’s open the bank for a cool million.

John Hawks likes the small questions: How do we make science better?

Simply, we have to begin to expect failure. Ideas are like mutations: Most of them will be bad or neutral, and only a few good. A grant panel of experts may be able to eliminate many of the bad ideas. But we know from the history of science that most good ideas are not obvious at the time, and that it’s hard to distinguish the neutral ones from the good ones. We should be funding science where the outcomes cannot be easily predicted, putting ideas to the test. To do that we need to accept that a high proportion of these ideas will be dead ends. But we need to fund a broader range of creative people to increase the chance of finding a really good idea, the kind that can give rise to new fields of inquiry.

These items are 3 of the 5 in today’s edition of my Read 2 newsletter. .

Photo by dani0010 at flickr, creative commons, some rights reserved.