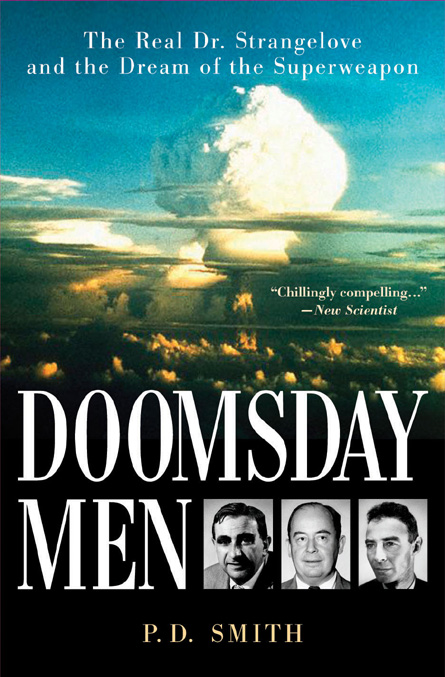 Being immersed lately in tales of deception, deceit, and betrayal lately — my voracious read of Ben Macintyre’s magnificent A Spy Among Friends is only the tip of the iceberg — I was fascinated to read this morning P.D. Smith’s story of a true innocent who was swept up in early Cold War paranoia. Sanford Lawrence Simons, who died of cancer last week at 92 in Colorado, was best known for pocketing a vial of plutonium when he worked at Los Alamos in the 1940s. Smith tells this in his book The Doomsday Men, and briskly in a piece he posted at Kafka’s Mouse, his excellent blog, yesterday:

Simons, who had trained as a metallurgical engineer, readily admitted taking the radioactive material, but he claimed it was just a “souvenir” of his time at Los Alamos, which he left in July 1946. Flanked by two impassive FBI men wearing Humphrey Bogart fedoras, Simons talked freely with journalists after he’d been committed for trial. Unshaven and handcuffed, though still clutching his pipe, Simons seemed remarkably unfazed by his predicament. Under the Atomic Energy Act he faced a possible maximum sentence of five years in prison and a $10,000 fine. Just a few weeks earlier, the FBI had arrested Ethel and Julius Rosenberg in New York on suspicion of atomic espionage. They were both convicted the following year and, despite international pleas for clemency including from Einstein, the couple were subsequently executed in the electric chair.

“Why did I take it?”, said Simons sheepishly, in answer to reporters’ questions. “Well, it seems pretty silly now, but I’ve always collected mineral samples. I realized almost instantly that I didn’t want it, but it was like having a bull by the tail. I couldn’t let go!”

One of the press men asked how he managed to smuggle the plutonium out of the top-secret military research laboratory.

Simons grinned: “I just walked out with it.”

The whole thing is delicious. Check out the fuller tale, and other wonders, at  Kafka’s mouse.