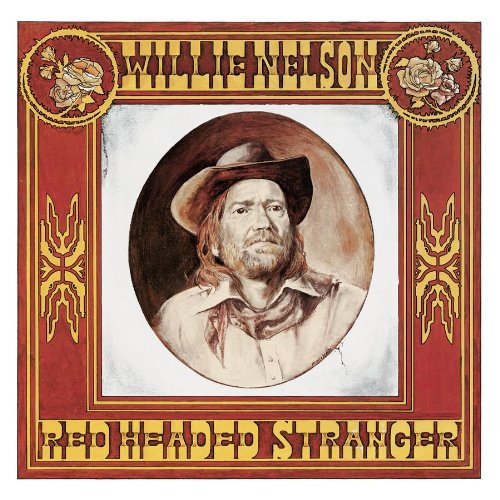 I’m beginning to think all the best Wikipedia entries are about pop music.

Red Headed Stranger is a 1975 album by American outlaw country singer Willie Nelson. After the wide success of his recordings with Atlantic Records, coupled with the negotiating skills of his manager, Neil Reshen, Nelson signed a contract with Columbia Records, a label that gave him total creative control over his works. The concept for the album was inspired by the “Tale of the Red Headed Stranger”, a song that Nelson used to play as a disk jockey on his program in Fort Worth, Texas. After signing with Columbia he decided to record the song, and arranged the details during his return to Austin, Texas, from a trip to Colorado. It was recorded at low cost at Autumn Sound Studios in Garland, Texas. The songs featured sparse arrangements, largely limited to Nelson’s guitar, piano and drums. Nelson presented the finished material to Columbia executives, who were dubious about releasing an album that they at first thought was a demo.…

Music critic Chet Flippo wrote in a Texas Monthly article entitled “Mathew, Mark, Luke and Willie: Willie Nelson’s latest album is more than a good country music; it’s almost Gospel”: “The difference between Nelson’s Red Headed Stranger and any current C&W album, and especially what passes for a soundtrack for Nashville, is astounding. What Nelson has done is simply unclassifiable; it is the only record I have heard that strikes me as otherworldly. Red Headed Stranger conjures up such strange emotions and works on so many levels that listening to it becomes totally obsessing”.