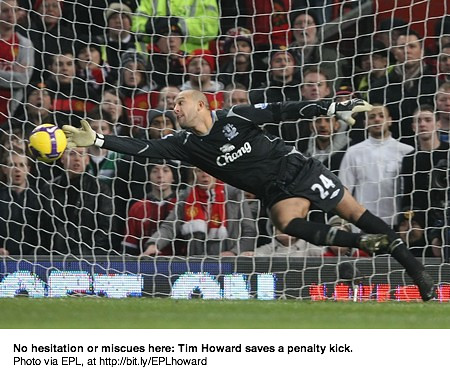 A few days ago Jonah Lehrer put up a lovely post about stuttering and Tourette’s syndrome. He looks at stuttering, Updike, Kanye  — and a couple papers suggesting that many people with Tourette’s (and by extension, I suppose, perhaps stuttering) develop

a compensatory change … whereby the chronic suppression of tics results in a generalized suppression of reflexive behavior in favor of increased cognitive control.” In other words, the struggle makes us stronger.﻿

Jonah chose his studies well; you should read his (fairly brief) post to see how they that reveal this apparently increased cognitive control, and for the other pleasure the post delivers.

Meanwhile, I was struck — as was one of Jonah’s readers — by how these compensatory mechanisms echoed the upside-to-the-downside dynamics that I looked at in my article on the orchid or sensitivity hypothesis. That hypothesis asserts that certain gene variants that put us at risk for mood or behavioral issues such as depression, ADHD, or antisocial behavior can have upsides if a person’s experience and other assets are favorable. For instance, the heightened sensitivity to social connections that can depress you if you family and social world is hell can help make you especially successful and happy if you’re luckier with family and social environment.

So back to Tourette’s. As Jonah points out, the work he looks at in his piece suggests that perhaps Tourette’s problems is the the downside expression of a broader dynamic — a sort of linguistico-sensory-socio-cognitive hypersensitivity — that carries benefits:

That’s also the message [Jonah writes] of a brand new paper which shows an increase in “timing control” in people with Tourette’s. Here’s the BPS Research Digest:

Carmelo Vicario and colleagues tested nine children with Tourette’s (average age 11 years) and 10 controls (average age 12) on timing perception and timing production. The former involved the children judging whether two circles were on screen for the same length of time or not. The latter task involved the children noting the time that a circle appeared on-screen and then pressing the space key on a key board for the same duration. Half the trials involved intervals in the sub-second range (from 310ms to 500ms), the other half were longer than a second, up to 1900ms.

There was no difference between the groups on timing perception or sub-second timing production. However, the children with Tourette’s were more accurate at the longer ‘supra-second’ version of the timing production task.

On a related note, it’s interesting to think about these timing control advantages in light of the fact that Tim Howard, the goalie on the U.S. World Cup squad, has Tourette’s. Here’s Hampton Sides in the New Yorker:

He [Howard] refuses to take medication for [Tourette’s] for fear it will make him “zombielike” and impair his motor skills. “I’m very adrenaline-filled, and I wouldn’t want to suppress that,” Howard said. “I like the way I am. If I woke up tomorrow without Tourette’s, I wouldn’t know what to do with myself.“

Splendid stuff. The question is: Is the apparently increased cognitive control a necessary part of whatever creates Tourette’s — another expression of it — or do people develop this control as a compensatory mechanism? I think — and I say this not knowing much about Tourette’s — that the latter is perhaps more likely. If that’s so, then this isn’t really an example of the orchid/sensitivity dynamic: It’s not the upside of a trait that can in other cases create a downside; rather it’s an upside created in compensation of a downside.

This makes it no less wonderful. We have few assets more valualbe than our ability to compensate and correct for deficits. If I’m short-tempered, I can learn to be quick to apologize. If I’m tall so I have trouble getting low for backhands, I can train and practice and learn to get lower. If I write slowly, I can compensate by trying to write more deeply. (Or does the deep make me slow? Hm. That one’s complicated.) But these aren’t the same as a sensitivity that can take one either down or up.

So what about Howard’s aversion to medication? He doesn’t want it because he doesn’t want to be less “adrenaline-filled.” I suspect that the suppressing effect of Tourette’s medication, however, doesn’t mean that his high-octane style is part of his Tourette’s. Then again, as I note, I don’t know Tourette’s so well, so perhaps there’s something there.