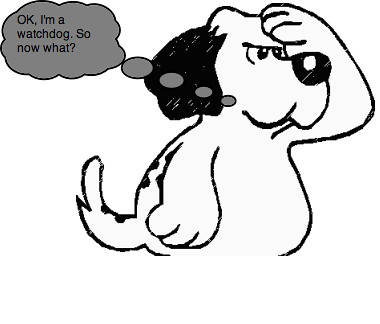 Ed Yong, echoed by Mike the Mad biologist PhysioProf asks what the heck investigative science journalism would look like. I hope to write more extensively on this soon. In the meantime, a few observations:
To ponder this question — and to do investigative reporting — I think it helps to have a sense of the history of science, which embeds in a writer or observer a sense of critical distance and an eye for large forces at work beneath the surface. Machinations in government surprise no one who has studied the history of government and politics. Likewise with science.
Science — the search for empircal answers to important, testable questions — is an extremely worthy endeavor. But that endeavor is always in danger of being compromised by both the inevitable conflicting interests that every scientist has (which range from pride, allegiance to ideas, ambition, money on or under the table) and by broad cultural forces that frame both the questions asked and the reading of the evidence the asking generates. As in politics, these human and cultural forces often push even the most well-intentioned efforts off track — and the unprincipled into big trouble. Find an example, judiciously dig, lucidly write, and — if you’re lucky — publish, and you’ve got investigative science journalism.
To see what such looks like when applied, consider my own article and blog posts on the PTSD Wars, Philip Dawdy’s tireless watchdogging of the pharma industry; or, if you’ve a taste for longer work, Horace Freeland Judson’s “The Great Betrayal: Fraud in Science.” (Judson’s book is really history, but brings the peel-the-onion spirit of investigative journalism to bear, and draws on many good examples of investigative journalism as well.) Other examples an approaches out there; these just leap readily to mind.
I find it odd that these or other examples, particularly in coverage of pharma by the several bloggers and reporters who do that well, didn’t spring immediately to the minds of people pondering what investigative science journalism looked like. The discussions at Ed’s and other blogs on this tended to focus on how to do investigative reporting of discoveries or results. Discoveries are the tip. Sometimes the ice beneath is good. Sometimes it’s rotten — or the whole thing is just styrofoam, patched together or even elaborately faked to buttress up an unsupported argument.
That said, I don’t see why a given writer can’t be both watchdog and, if not “cheerleader,” then a judicious but enthusiastic explainer. Why shouldn’t good science be admired? No reason you can’t do that — while calling bullshit when you see things done otherwise.

Finally, it strikes me — a beta observation, as I’ve not scanned the entire blogosphere for this, and may be suffering a selection bias — that the science blogosphere could improve its watchdog function by giving as much attention to deep-running stories about problems in science as it presently does to problems in science reporting. I’m not suggesting we let lousy science reporting slide; we need watchdogs on science reporting. But I fear that as a group we sci bloggers (if I can be considered a marginal member of the club) suffer from some of the navel-gazing tendency that infects the broader press, which often writes about itself and its own problems while ignoring bigger, more important things going on elsewhere.
My own sci-blogger newsfeeds lately (again: possible selection bias at work) have been filled with posts about science journalism and posts about lousy framing of science, but not so much with posts about deeper running issues. (Admittedly, often the two cross, as with the reporting and meta-reporting on the genetics of schizophrenia.) But it troubles me that we seem to be giving more attention to hand-wringing about our own reporting quandaries than to, say, the present flap over the DSM-V debacle,  the country’s preparations (or lack thereof) for the likely return of the swine flu this fall, the VA’s disastrous approach to PTSD, or the warped evidence being used in the health-care debate. Here are stories where science meets culture, with much in the balance; and while they’re getting some good attention by policy wonks, it seems to me they’re going underexamined by the science blogopshere.