What caught my eye the last few days: 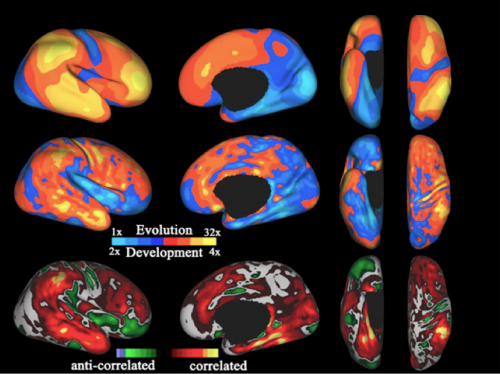 Human Evolution Recapped in Kids’ Brain Growth Don’t tell Stephen Jay Gould. As it happens, I’m working on a story (or rather, NOT working on it as I write this post) that helps partly explain why ontogeny may follow phylogeny here. Unfortunately, the story is moving at an evolutionary pace, and won’t see light of day for some time. Will definitely let you know when it’s out.

I’m also working on a story about schizophrenia, and so probably would have bought this book anyway. But this review quickened my hand. More good stuff from Somatosphere. Somatosphere: Book Review: The Madness within Us: Schizophrenia as a Neuronal Process by Robert Freedman

Bloggers and citizen journalists not filling gap left by media cuts, says report More transition pains. Gotta figure this one out. In my town, Montpelier, we have very little of either — very little substantial coverage from either traditional or citizen journalists. As a result, key issues go poorly discussed.

Should newspapers publish full interview transcripts online? One unspoken reason writers might resist: We often sound really dumb as we struggle to ask people smart questions. Writers don’t like it when their words look dumb on the page.

Cities may be magnets for disaster. As if New Orleans needed more bad news.

@phylogenomics: Freeing my father’s publications part 4 http://ff.im/-mAiN6. I like this. Jonathan Eisen, a monster scientist himself, rescues his father’s scientific work from nondigital obscurity.