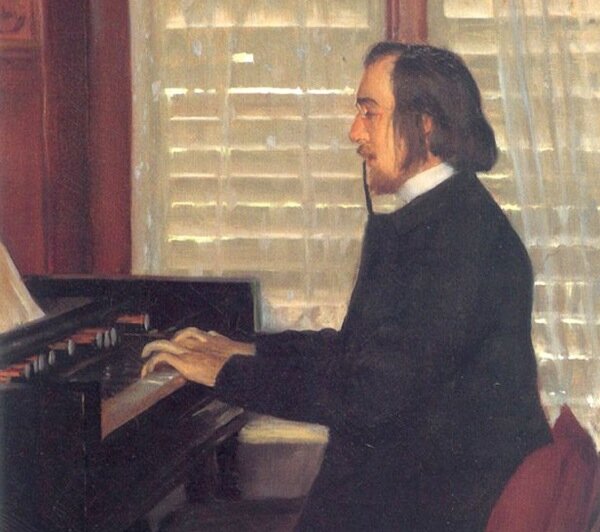 Erik Satie at the keyboard

Austin Kleon, who’s been playing Erik Satie on the piano a lot lately, has a nice post on this rather eccentric composer. It leads with a bit about a favorite subject of mine, the creative power of walking

He was, like, many of the greats, a walker:

On most mornings after he moved to Arcueil, Satie would return to Paris on foot, a distance of about ten kilometres, stopping frequently at his favourite cafés on route. Accoring to Templier, “he walked slowly, taking small steps, his umbrella held tight under his arm. When talking he would stop, bend one knee a little, adjust his pince-nez and place his fist on his lap. Then he would take off once more with small deliberate steps.”

According to the (apparently broken) Daily Routines entry* that Kleon is clipping here, these walks didn’t just free Satie’s mind to explore idea, but may also have formed a sort of model for them:

[…]Roger Shattuck, in conversations with John Cage in 1982, put forward the interesting theory that “the source of Satie’s sense of musical beat—the possibility of variation within repetition, the effect of boredom on the organism—may be this endless walking back and forth across the same landscape day after day … the total observation of a very limited and narrow environment.”

*For an alternate look at the man’s routine, see Dangerous Minds, which contains, for example this, direct from Satie:

Here is the exact timetable of my daily activities.

From there it gets stranger:

My sleep is deep but I keep one eye open. My bed is round with a hole cut out to let my head through. Once every hour a servant takes my temperature.