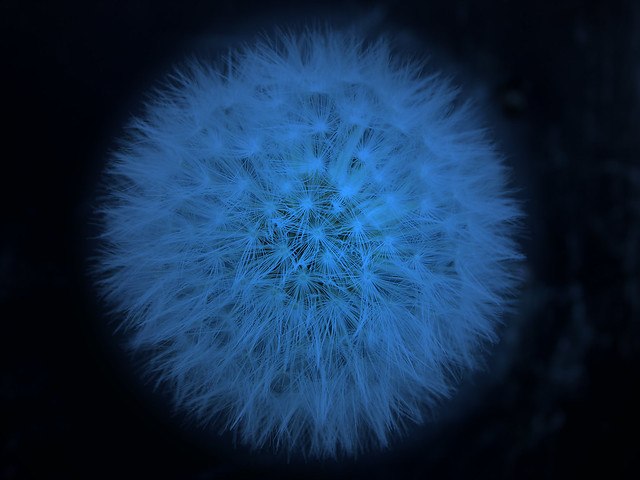 Dandelions are beautiful too.

As faithful readers know, I’m working on a book, provisionally titled The Orchid and the Dandelion and likely to be published next year, about the orchid-dandelion hypothesis: the notion that genes and traits that underlie some of humans’ biggest weaknesses — despair, madness, savage aggression — also underlie some of our greatest strengths —  resilience, lasting happiness, empathy. If you’re used to the disease model of genes that are associated with mood and behavioral problems, this hypothesis can seem puzzling. The turn lies in viewing problems such as depression, distractibility, or even aggression as downsides of a heightened sensitivity to experience that can also generate assets and contentment.

I first wrote about the orchid-dandelion hypothesis in an Atlantic article two years ago. Last week, New Scientist published a feature I wrote about some of the research I’ve come across while researching the book. The article is behind a paywall now, so you’ll need a subscription to read it; I’ll post the whole thing here in a few weeks when the New Scientist exclusive-run period ends. In the meantime,  I thought I’d excerpt here a couple passages of particular interest.

One is the opener, which describes how toddlers react to a clever test of their generosity and then lays out the gist of the hypothesis. The other is a multigenic study that sought to expand the hypothesis beyond single-gene candidate-gene studies.

First the toddlers; I couldn’t resist any trial this clever — or a treat called Bambas:

Why do some three-year-olds share more than others? To find out, psychologist Arial Knafo deploys what we can call Bamba test. At Knafo’s large, playroom-like lab at Jerusalem University, a toddler spends an hour or so drawing, playing games, and making dolls with a friendly research assistant before the assistant announces snack time and brings out two packages of Bambas — peanut-butter-flavored corn puffs much coveted in Israel. The child’s pack, like every normal pack, holds 24 of the little treats. But when the researcher opens her pack, she laments, “Mine has only three!” Which it does, for the research assistant has earlier removed the rest so as to set up this test of social perception and generosity: Will this three-year-old across from share without being asked?

Most do not. “Self-initiated sharing is a difficult task,” says Knafo. “You have to detect the need, then decide to do it.”

A few 3-year-olds, however, will offer their Bambas. And in this study, the toddlers most likely to share happened to carry a gene variant generally tied to antisocial behaviour. A pile of previous studies had examined this variant — the “7R” (or long-repeat) version of DRD4, a gene that affects levels of dopamine, a key neurotransmitter — and found showed that it put people at extra risk of attention and conduct problems if they had harsh or emotionally distant parents. These studies gave this 7R variant a bad rap. It got dubbed the ADHD gene, the bully gene, the brat gene, the drinking gene, the slut gene. Now Knafo was effectively calling it the Bamba-sharing gene.

This apparently paradoxical result lies at the heart of one of the most intriguing and influential new hypotheses in behavioral science. It’s known as the plasticity hypothesis, among other terms. It offers to amend but fundamentally transform the genetic paradigm that has dominated psychiatry and much of behavioral science for the past 20 years — the diathesis-stress or risk-gene. This long-dominant risk-gene hypothesis, generated first in the mid-1990s, asserts that certain heavily studied gene variants, most of which affect neurochemistry, create higher risk of mood or behavior problems in people who weather rough childhoods. By offering an explanation of why some people are more vulnerable to life’s troubles than others, the risk-gene hypothesis became one of the most influential ideas in behavioral science and a prime model of how genes interact with environment to affect mood or behavior.

This new hypothesis, however, the plasticity hypothesis, acknowledges those genes magnify vulnerability in people with rough starts — but adds that they also create greater strength and happiness in people who don’t suffer troubled childhoods. The evidence for this resides not only in studies like Knafo’s, which explicitly test for both good and bad effects of these genes, but in many of the older studies that established the risk-gene model. The so-called risk genes, in short, don’t just create risk or vulnerability; they make you more attuned and reactive to your environment, whether bad or good.

“These genes aren’t about risk,” says Jay Belsky,  a University of California, Davis, psychologist who helped conceive and establish the plasticity-gene hypothesis. “It’s about a greater sensitivity to experience. If things go well for you when you’re young, the same genes that could have helped make a mess of you help to make you stronger and happier instead. It’s not vulnerability but responsiveness — for better or worse.”

As the story describes, this orchid hypothesis has been rapidly gaining ground the last couple years, spreading through developmental and clinical psychology both and making its way into the vernacular. It’s also more or less latent in books such as Nassir Ghaemi’s fascinating A First-Rate Madness, which looks at how leaders such as Franklin Roosevelt and Winston Churchill seemed to benefit from their depression, and articles such Annie Murphy Paul’s “The Upside of Dyslexia,” which appeared in last Sunday’s New York Times. Even as it expands, however, the hypothesis faces challenges from geneticists who question single-gene explanations of complex behavior or, in some cases, any genetic explanation at this early stage of genetic knowledge. This is a rollicking, rich, eternal conflict I’ll deal with more in the book. In the meantime, Jay Belsky, one of the key developers of the orchid hypothesis, ran a simple study in which he looked to see whether having multiple purported ‘sensitivity’ or ‘orchid’ genes would render people more sensitive to their environment than people with fewer such variants:

Late in 2010 he and Kevin Beaver, of Florida State University, published an analysis drawn from a 12-year study of 1,586 American adolescents.

They used genotype data on five of the children’s genes (MAOA, SERT, DRD4, and two other dopamine-processing genes) and data collected several times during the subjects‘ adolescence and early adulthood: ratings of the mothers‘ engagement in their children’s lives, as established through questionnaires of both children and the mothers; and the youths’ “self-regulation” abilities, as rated through parent and child reports about planning and control of emotion, attention, and behavior.

When Belsky and Beaver crunched the numbers, they were surprised to find no significant effects on the study’s 832 girls. “We’ve no idea why,” says Belsky. “Maybe girls just self-regulate better than boys. Maybe they’re less sensitive to maternal engagement at those ages. But these are only wild guesses.”

The 754 boys did react, however; those with more than one plasticity variant showed distinct additive effects. Those with just one variant reacted about the same to maternal involvement as did the boys with no variants, which is to say they reacted very little: These boys fared about the same regardless of how much their mothers were engaged — a true dandelion effect.

This is just one study. But the additive effect it found seems to argue well for the orchid hypothesis. And the absence of significant effect in boys with just one plasticity variant suggests an answer to one of the biggest doubts that has haunted behavioral candidate-gene studies. … [T]he additive effect that Belsky found in his multi-gene paper suggests an additional reason that some studies of individual risk or plasticity genes might show negative results: The effect of any one plasticity gene might depend on whether a person also carries a second. This idea also fits well the widely held principle that most complex traits rise from complex multigenic interactions.

This hints at what draws me to this story: not just an intriguing idea, but also the tension between the parsimonious and the expansive: between limiting scientific explanation only to what it can without any doubt account for and pushing it toward the limits of what it can explain.

This is, of course, just the tip of the iceberg. The rest is in my hard drive, my soft brain, and the ongoing work of the researchers I’m following. Stay tuned.

The Science of Success aka The Orchid Children – The Atlantic