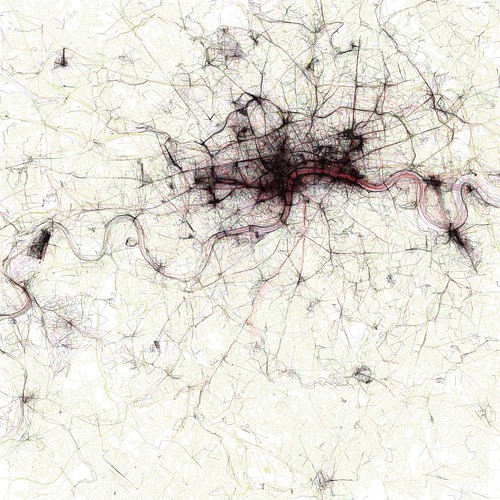 You know that Samuel Johnson line about “When a man is tired of London, he is tired of life”? As I’m packing to move there for a year or two, I was pleased to find, at the splendid site “Samuel Johnson Soundbites,” that it bears even more fully on my own move when given in context:

Boswell and Johnson were discussing whether or not Boswell’s affection for London would wear thin should he choose to live there, as opposed to the zest he felt on his occasional visits. (Boswell lived in Scotland, and visited only periodically. Some people are surprised to learn that Boswell and Johnson were far from inseparable over the last twenty years of Johnson’s life, the period Boswell knew him.)﻿

“Why, Sir, you find no man, at all intellectual, who is willing to leave London. No, Sir, when a man is tired of London, he is tired of life; for there is in London all that life can afford.”— Samuel Johnson

These are my reasons too: To live in a place richer in intellectual engagement than bucolic Vermont, but novel, and comfortably foreign, in a way that the big cities of the US are not. More proximately, I’m moving to the UK to follow closely some research being done there and nearby for The Orchid and the Dandelion, my book expanding on my Atlantic article “The Orchid Children.”

I’m also attracted by the vibrant science writing and blogging community in London. Along with mixing with Connie St. Louis and other faculty and students at City University London‘s graduate science journalism program, which has been nice enough to make me a senior visiting fellow, I look forward to talking about science writing and blogging both (semi?) formally, at conferences such as ScienceOnline London 2010, and informally at science and science-writer meetups, tweetups, talkfests, and pub crawls. Through Twitter and in-person I’ve already met quite a few writers there and found wonderfully friendly reception from such as Ed Yong, Alice Bell, Nat Geo > Nature transplant Tim Appenzeller, Martin Robbins, Alok Jha, and others. Twitter is an amazing connector.

So we’re off to London to visit the Queen. We’ll be there a year or two. I’ll continue to write for US publications, as well as some in the UK. I’ll be in the US quite a bit meantime, attending conferences (Natl Assn of Science Writers, Society for Neuroethics, Society for Neuroscience, and others), tracking research, and giving an occasional talk.

As to blogging plans: I’ll continue, though likely at a different venue. as will More on that later. In any case, my posts over the next few weeks may be light, or lean towards reposts, as I finish off some things here (stories, packing) and get my family and myself properly situated in London, where we’ve been lucky to find a nice spot to live up near Hampstead Heath, where if need be I can try Oliver Sacks’ cure for writers’ block: a swim in that splendid park’s pond. Apparently Ray Davies sings in one of the church choirs nearby; enough reason to move right there.

And you can always find me here: web | articles | books | blog | twitter