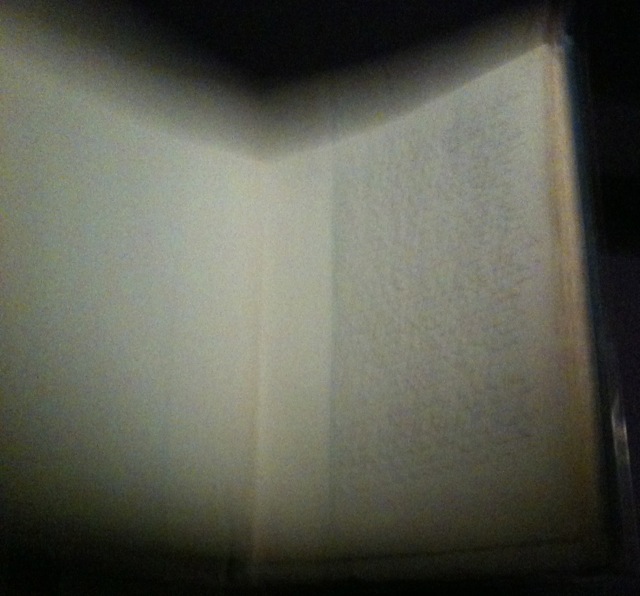 The notebook in which Virginia Woolf wrote "Mrs. Dalloway".

My post two days ago on the links between depression and creativity sparked some smart comments. Perhaps the best was sent to me privately by the excellent blogger The NeuroCritic, and I am highlighting it in its own post here, with The Neurocritic’s permission, because it makes a an important point that I failed to note in the original piece: These links between madness and creativity don’t make the more severe manifestations of depression or bipolar disorder any less destructive or painful. As The NeuroCritic put it:

Sometimes I think those who talk about bipolar and creativity haven’t been around many severely manic individuals. There’s overspending, lying, cheating, alienating friends, paranoia, psychosis, taking off and abandoning family, etc. I don’t think there’s anything especially creative about that.

Here’s another idea about bipolar and creativity: the percentage of manic people who engage in creative pursuits exceeds that in the general population. However, much of the output is incoherent. Some small percentage might be brilliant (either during or in between episodes), but then how many people are Kay Redfield Jamison or Stephen Fry (collapsing across bipolar subtypes)?

At any rate, bipolar can be a very destructive illness, and I hope those that romanticize it (or are viewed as romanticizing it) truly understand that. End of rant.

A point well-made and well-taken. (NB: A few days after I wrote this post, The Neurocritic elaborated on his point in a graceful and gracious post here.)

I can see how a reader of my post, which looked at a passage on madness and creativity from Jonah Lehrer’s new book on creativity as well as a film by Stephen Fry about his own bipolar plunge, might see it as romanticizing these maladies. I think NeuroCritic recognizes I don’t set out to do romanticize madness; yet s/he is right that the post might be interpreted that way. My bad: In my focus on what these links between madness and creativity reveal about the essential nature of the creative process, I neglected to remind readers that the essential nature of severe, untreated forms of depression or bipolar disorder is a plunge — perhaps many plunges — into hopeless, dark, annihilating misery. Jonah Lehrer also understands this. And in a book that is all about creativity, a reader can be expected to understand that the main focus is on that process, and that the madness is being examined for what it says about creativity. In a one-off blog post, however, I think it makes sense to lodge at least briefly the reminder that NeuroCritic lodged with me afterwards. and I should have done so.

These ailments are horrible to suffer. Yet they fascinate us, and they do so partly because they present, in extreme forms, cycles or dips that most of us goes through in milder form. Thus the bipolar dynamics that Jonah describes illustrate starkly the complementary creative roles played by unexpected associations and new insights, on one hand, and ruminative, grind-it-out refinement of those insights on the other. We see these swings most readily in some of the artists and writers who suffered the most. The long walks during which Virginia Woolf half-consciously wrought her characters and stories — walks in which insights were often found  more than created — fed her art as essentially as did the long mornings in which she sat in her armchair penning them into coherent form. Yet when Woolf fell deeply sick she could not work at all. She would descend into the blackest despair. Even sitting up in her armchair, much less writing in it, became more than she could manage. It was as she felt one of those long drops looming before her that she took a walk that ended not back home in her chair, but at the bottom of the River Ouse.

I don’t consider such extremes necessary to art. As I’ve explained before, I think they’re the destructive extremes of a broader sensitivity that can help someone see and respond to the world in original ways. They may sometimes make it easier to create, particularly during the manic phase, when the energy and confidence or high. But they can destroy the artist, eliminating from the world who knows how much great work, and they’re rarely essential. I suspect even bipolar artists do most of their best work not at the very peaks of these cycles, and certainly not at the bottoms, but during the less extreme oscillations that create both the leaps of imagination and the long days at desk, keyboard, or easel, but do not rise to uncontrolled mania or or fall to catatonic numbness. Stephen Fry remains with us, still doing great work, because in grappling with his affliction he was able to quiet such oscillations without flattening them; with any good luck at all, he will put in a full lifetime of work, to the world’s and his benefit. I wish it had been so for Ms. Woolf. 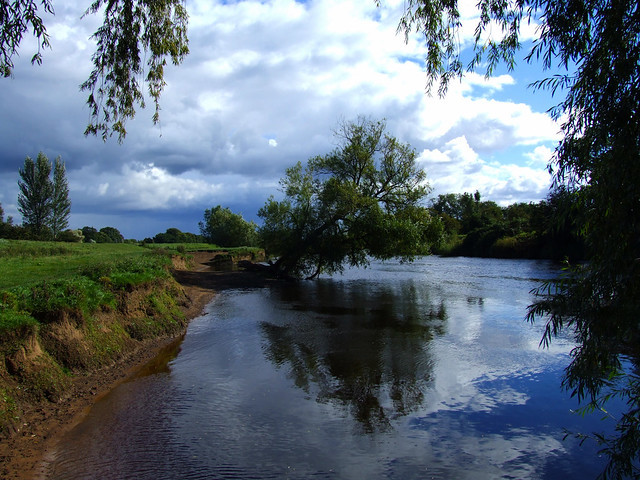 My post Jonah Lehrer Meets Stephen Fry – The Paradoxes of Bipolar and Creativity, 9 April 2012, which started this latest permutation of this discusssion.

The Neurocritic’s Suffering for art is still suffering, 13 April 2012, which was a response to the post above. As usual for The NC, it’s smart, graceful, and has some great art accompanying — in this case, some Edward Munch I hadn’t seen before.