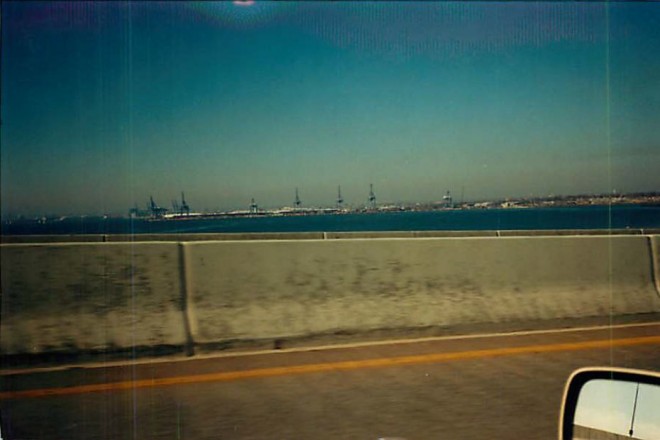 When I first read Rebecca Skloot’s’ The Immortal Life of Henrietta Lacks last February, I, like millions of others who have read it, found myself enthralled with and amazed at the remarkable story that Skloot had collected and told. As a writer, I found myself intensely curious about two things: how Skloot decided on the book’s remarkably effective structure; and the tension between the mature writer who wrote the book and a much more naïve and overmatched writer, who was of course the same person, who appeared in the book collecting the very information that the mature writer eventually forged into a gleaming work.

For 18 months I’ve waited for an opportunity to ask Skloot about these things. I finally got a chance a couple of weeks ago, when she and I spent some 90 minutes discussing those and other questions about the book. The best of that conversation is now online at The Open Notebook, the site that interviews science writers about how they build notable stories. Skloot reveals much about structure and her own presence in the book — and other bits that will give succor to fellow writers. For instance:

How many designs did you try but throw out?

From the very first version I wrote to the first version I considered a first draft, I probably went through easily 15 different structures. And that doesn’t count the many times I revised it after that: I’m a heavy re-writer. Once I had a first draft done, I rewrote it completely at least six times before my editor had to pry it out of my hands. I could have kept rewriting it forever. There isn’t a single paragraph from the first draft that made it into the final book without being rewritten. I’d bet money that there isn’t a single sentence from the first draft in the finished book.

Early-career or even beginning writers can take comfort in Skloot’s status as she started up her steep hill. Here’s a notebook page she wrote early in the going; see her annotation just below, especially the last paragraph: This is a note I wrote to myself after Deborah said she wouldn’t talk to me.  It was clear to me during our first call that she wanted to talk to me, but that she’d been through something traumatic (I didn’t know what yet) that made it hard for her to trust any journalist.  I mentioned during the interview that I believe it’s important for journalists to be open with sources about their own stories, which is certainly at play here.  I felt that if Deborah could get to know me, to understood me and my motivations, and if I made it clear I wasn’t going to hide anything from her, she’d trust me.

So I wanted to just sit down with her in person. In this note, among other things, I tell myself to tell Deborah about my own experience as a child whose parent was used in research (more on that story at http://rebeccaskloot.com/faq — click the question “What sparked your curiosity about the woman behind the HeLa cells and made you devote more than ten years of your life to writing this book?”). I find it hilarious that I wrote this note to myself, since this was such a part of my thinking and motivation, it’s not like I was going to forget it or anything …

Interesting fact for writers:  The notes at the top of the page are related to applying for grants to fund my book research, calling “Robin,” an editor I’d met who’d been very encouraging about my ideas, and submitting an essay I wrote called Kaleidoscope to literary journals … I was unpublished at this point and trying to get my first clips while beginning the research for the book — I knew I’d need those in order to get a book contract.

And this, on keeping one’s distance (or not) from sources:

Do you think it’s important to keep a certain distance from sources, and if so, how do you reconcile that with how close you came to be with the Lacks family?

I think that it’s important to maintain distance in terms of autonomy of the story. So no matter how close and enmeshed I got with the Lacks family, there was never any question that I was a reporter. Deborah would call me “her reporter,” and I think that in part was because I was constantly reminding her that’s what I was. A reporter. I always had my notepad out and my tape recorder on because I felt like it was essential to have that constant reminder there: everything we talked about was going on the record. Deborah had no problem with that. When she had a point to make that she felt strongly about, she’d grab my tape recorder out of my hand and yell into the microphone, then she’d have me play it back for her so she could make sure it got recorded. There was never any question about our relationship being reporter and subject, and that I wasn’t just there to do an as-told-to story of the Lacks family’s life. We talked a lot about the other people I interviewed and research I did because I felt it was important to always be clear that I was telling all sides of this story, not just theirs. Which is what Deborah wanted anyway, so that was never an issue.

That said, I do feel like you have to open yourself up to the emotions of the story and be vulnerable as well. In that way, I’m not a fan of distance. With the Lacks family and everybody else, I have always been a very open writer. I feel like, I’m asking you endless questions and expecting you to answer them no matter how personal, it’s only fair that you be able to do the same to me. I think it helps build trust.

Top image: Turner Station, Maryland. This is one of hundreds of photos Skloot took to document details she would later use in writing HeLa.