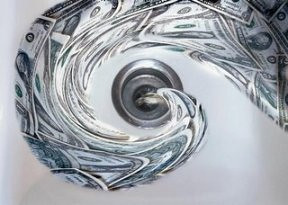 A key component of health-care reform — and saving our ass from going bankrupt and sick from spending too much on lousy treatments — is establishing comparative effectiveness measures, otherwise known as “actually knowing WTF works and what doesn’t.”
This idea terrifies companies who don’t want such objective measures. It also generates a lot of fear, partly via confusing or intentionally frightening arguments. Yet making sure we don’t pay for stuff that doesn’t work is key to reform — a point made in this Times op-ed from libertarian economist Tyler Cohen, keeper of the blog Marginal Revolution.
Cohen argues that the main problem is, as he puts it,

the financial incentives for doctors and medical institutions to recommend more procedures, whether or not they are effective.

These were discussed vividly in Atul Gawande’s recent New Yorker piece, and they are clearly a part of the problem. I think Cohen lets industry off a bit too easily when he says that drug-company profits aren’t really part of the problem, for expenditures on drugs that either do little good or do little better than far less expensive drugs are costing us many billions as well; over the last two decades, for instance, we’ve spent scads of money on modern antipsychotics that cost 20 times as much as the drugs they replaced — and only recently gathered enough data to show they work no better than the old ones.

Yet it’s clear that the wild variations in how much doctors treat (and prescribe) are a major part of the problem. Are we willing to refuse to pay for the treatments that bring no benefit? This is Cohen’s larger question here — and he’s not optimistic about the answer.

If we are willing to take comparative-effectiveness studies seriously, we could make significant cuts in Medicare costs right now. We could cut some reimbursement rates, limit coverage for some of the more speculative treatments, like some forms of knee and back surgery, and place more limits on end-of-life-care.
Those cuts alone will not solve the fiscal problem, but if we aren’t willing to take even limited steps to conserve resources, we shouldn’t be spending any more money elsewhere.
Of course, we have not made such Medicare spending cuts yet, and there are few signs that we will. A Kaiser Family Foundation poll found that 67 percent of Americans believe that they do not receive enough treatment and that only 16 percent believe that they have received unnecessary care. If the Obama administration covers more people with government-supplied or government-subsidized insurance, the political support will broaden for generous benefits, their continuation and, indeed, expansion of current expenditures.

This is a tricky damned business. As someone being just murdered financially by health-care costs (precisely because I can “afford” to buy health insurance — $10K a year for $5k deductible plan; my healthy little family spent over $18 altogether last year and westill owe money, even though no one was even admitted to a hospital), I feel strongly that health-care reform should include a public plan, and generous premium subsidies, that provides full coverage at reasonable, income-based cost.
Yet the opponents of reform are making great gains in using the public plan to confuse, darken, distort, and generally muck up the discussion over health-care reform — while vigorously fighting comparative-effectiveness measures in the background. They’re doing quite well in rolling the press; as I noted yesterday, I was dismayed to hear Steve Inskeep of NPR grill HHS secretary Kathleen Sibelius, with a persistence never seen in, say, NPR’s coverage of the run-up to the Iraq War, over whether the public plan was a “Trojan Horse” for (god forbid) a single-player plan or universal coverage; he even asked her if she was willing to put a cap on how many people such a plan would be allowed to cover, should it prove more attractive than the appalling options we now face. I can only hope we will soon hear him grill with similar vigor someone like Mitt Romney, and ask them, say, just how many people they think we should systematically leave uninsured, or explain exactly how the downsides of a cheaper, subsidized public plan would be worse than the downsides of the disastrous system we have now.
There are parties in this debate who are trying to define the “solution” as one that gives everyone the same level of “care” the most overtreated people now get — without costing the country an extra dime. That’s a formula for making nothing happen, of course — which is precisely the real goal.